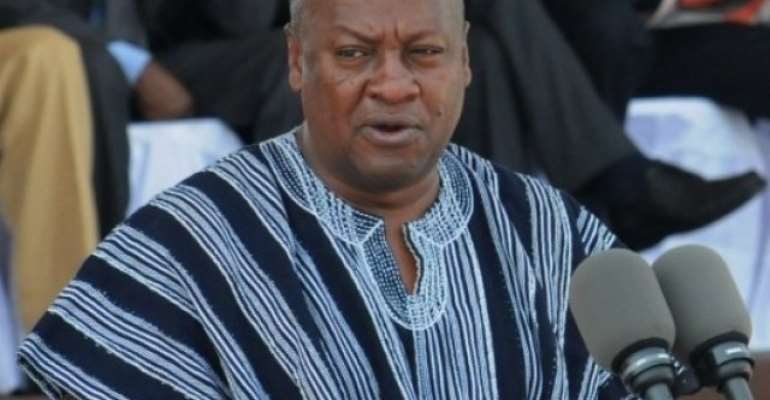 President John Mahama has described critics of the Kasoa Interchange Project as a new breed of political quantity surveyors, as he cut the sod for construction of the over $170 million project on Wednesday.

The President made the comments when he joined the chiefs and people of Awutu Senya Traditional Area at Kasoa to cut the sod for the official commencement of the Kasoa Interchange and Ancillary Works Project.

“Often if you want to know the cost of an item you have to examine the item and examine the component that goes into making the item.

A major critic of the project has been the New Patriotic Party’s flagbearer, Nana Akufo-Addo, who challenged the president to go back to the drawing board to reassess the current cost of the Interchange project because, in his view, it was overpriced.