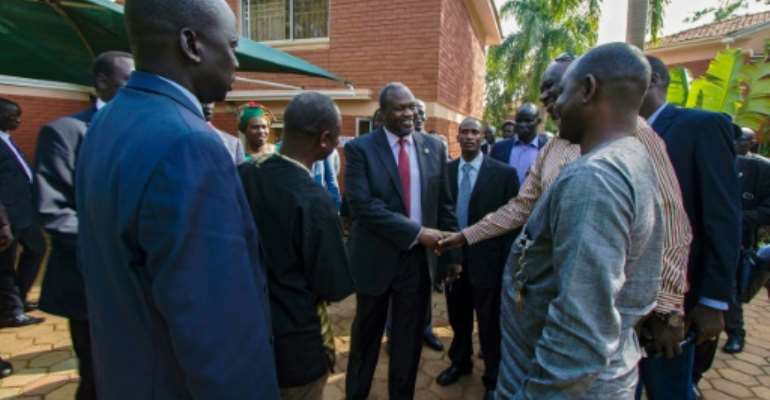 The countries, which split in July 2011 after decades of war, agreed then to a fixed fee for the use of export pipelines.

But with global prices so low, the fee was more than it earned for the oil itself, meaning impoverished and war-torn South Sudan lost money on every barrel it sold.

At a meeting in South Sudan's capital Juba on Wednesday, the ministers agreed to tie the fee to oil prices, although exact details are yet to be settled.

"We have discussed and agreed in principle to review the agreement," Stephen Dhieu Dau said, South Sudan's oil minister, according to the Sudan Tribune.

"It will be fluctuating up and down, depending on the prices of the crude globally," he added.

South Sudan is estimated to produce around 150,000 barrels a day -- down from 350,000 at independence in 2011 -- after many oil fields ceased operating during the more than two years of civil war between President Salva Kiir and rebel leader Riek Machar.

Observers said that Juba is already in arrears for transit fee payments due to Khartoum in recent months, while years of financial mismanagement, a previous oil shutdown in 2012 amid a border conflict with Khartoum, and the civil war since December 2013 have drained the country's reserves.

The currency is also at risk of collapse, inflation is rocketing and government revenues are virtually non-existent.

Ceasefire monitors have criticised government spending on arms, amid a dire humanitarian crisis with several areas on the brink of famine.

Tens of thousands have died in the war, more than 2.3 million people have been driven from their homes and 3.9 million South Sudanese face severe food shortages.