Let Us Expose Corruption And Fight It To The Core!! 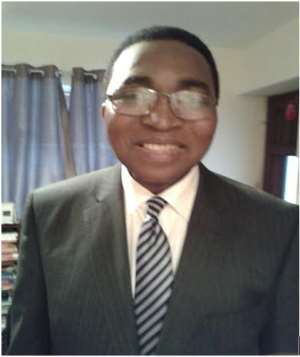 Fighting Corruption is by action and not just word of the Mouth, some politicians think that is hard to fight corruption, here is the answer: Having looked at some of the ways in which corruption damages the social and institutional fabric of a country , we advise to turn to reform options open to our Governments to reduce corruption and mitigate its effects.

Rose-Ackerman ( 1998 ) recommends a two-pronged strategy aimed at increasing the benefits of being honest and the costs of being corrupt, a sensible combination of reward and punishment as the driving force of reforms. This is a vast subject which need complementary approach to fight this epidemic;

Because in a globalized economy corruption increasingly has a cross-border dimension, the international legal framework for corruption control is a key element among the options open to Governments. This framework has improved significantly over the past decade and has argued that a more workable approach in the fight against corruption should consist of more robotic implementation of the anticorruption laws in the regions of Ghana. Antibribery Convention, the Governments will need to be more pro-active in cracking down on Security companies that continue to accept bribe. In efforts to protect the commercial interests of national companies, Governments have at times been tempted to shield companies from the need to comply with anticorruption laws, in a misguided attempt not to undermine their position. Trade promotion should not be seen to trump corruption control and Governments should not be afflicted by double standards, criminalizing bribery at home but often looking the other way when bribery involves Government officials.

6. Deploying smart technology will be another fighting tool

Just as government-induced distortions provide many opportunities for corruption, it is also the case that frequent, direct contact between government officials and citizens can open the way for illicit transactions. One way to address this problem is to use readily available technologies to encourage more of an arms-length relationship between officials and civil society; in this respect the Internet has been proved to be an effective tool to reduce corruption. In some countries the use of online platforms to facilitate the Government’s interactions with civil society and the business community has been particularly successful in the areas of tax collection, public procurement, and perhaps one of the most fertile sources of corruption in the world is associated with the purchasing activities of the state. Purchases of goods and services by the state can be sizable, in most Countries because the awarding of contracts can involve a measure of bureaucratic discretion, and because most countries have long histories of graft, kickbacks, and collusion in public procurement, more and more countries have opted for procedures that guarantee adequate levels of openness, competition, a level playing field for suppliers, fairly clear bidding procedures etc.

In many of the measures discussed above aimed at combating corruption, the underlying philosophy is one of eliminating the opportunity for corruption by changing incentives, by closing all loopholes and eliminating misconceived rules that encourage corrupt behaviour. We should have an approach that focuses solely on bending of the rules behaviour and the incentives to accomplish inappropriate act which need harsh punishment for violation such rules. To be far more effective it needs support by efforts to buttress the moral and ethical foundation of individuals behaviour. It is very important for governments to ensure that "campaign contributions" are not used as a mechanism to gaining access to politicians and policymaking but to safeguard democracy and democratic institutions. Governments have to ensure that money does not pervert the political process. The Government needs to know the importance of transparency and accountability valuation to pursue the cases, causing great losses to economy.

No amount of increase of salaries of public servant will encourage an individual to not indulge in corruption but love of their country. Implementation of a citizen charter with accountability in time bound actions will limit corruption to some extent with the use of course, and use of IT will be of great help.

Limiting powers of the Government in terms of bribing voters through ill-conceived social schemes and unnecessary subsidies will also be of help in preventing mass bribing and improving Government fiscal conditions to Reduce and rationalizing taxes, introduction important measures to lower incidences of corruption.

I think in addition to this, a country needs to develop a sense of moral character in its citizens, starting with the family, and all other institutions in the society. An upright moral character will even deter the hungry from stealing.

Implementation of technology where all transactions are monitored closely is an advanced ways to authorize transactions to be implemented by 3 authorized institutions so that they can be held accountable. The citizens should get a clear report of revenue available and expenditures together with all money wired out of the country should be monitored. The element of fear should be instilled by implementing irreversible laws where if it’s proven beyond doubt that a public servant is corrupt, he can refund the money and exit public office.

1. Reduce the discretionary powers of the government officials and political leaders for the usage of public funds.

2. Equal social justice system for all the public according to rule of Law.

3. Rule of law will be on the top priority in the country.

4. Introduction of Toll Free hot line for Whistle Blowers on the national level, the youth should stand united against the corruption in the society, Government and in the country

5. Judicial Reforms i.e. appointment of more judges and creation of new courts on emergency basis in the country to speed up the judicial process and creation of monitoring and inspection department in the judiciary to monitor and eliminate the ever increasing corruption.

6. The role of public accounts committee (PAC), anti-corruption unit and Nab should be more strengthened and try for less involvement of Government officials and other political pressures.

This article gives a very good overview of how to combat corruption. As I mentioned in my previous article "the moral and ethical foundation of human behaviour" is important also. Therefore in every country (even in industrialized countries), children at school should be informed about the negative influence of corruption on their country. We have to start from bottom up and combine it with bottom down influence, which means our Governments have to show how our Government will be without corruption. Training our children in sound morals and a sense of civic duty with service to humanity should be the root of addressing a whole range of social ills, many of which go beyond corruption. Enhancing the participation of women in public life and in decision making in all spheres of human activity will also make a difference. Corruption is not an inevitable illness but it is something that will, in due course, yield to education and the inculcation of moral values, such as those that can be found at the foundation of most major Faiths.

I believe also that capping campaign funds and spending will go a long way to reduce electoral fraud, which brings corrupt officials into power. More so, a reduction of the financial benefits associated with political offices would also help to increase the number of people who actually enter into politics and Governance for genuine reasons. Another way will be to include stiff punishment for corrupt officials of all classes in the laws of the land.

Public policies on corruption have to combine rewards for honesty and punishment for bad behaviours to enhance the participation of women in public life, will also make a difference.

Six strategies to fight corruption
combating the malignant social and economic malfunction called corruption broadly; there are three policy proposals on curbing corruption: lawyers approach, the businessman’s approach and the economists approach. These consist respectively in producing tougher new laws, tougher enforcement of existing laws and increasing the level of competition in the economy, both among firms and bureaucrats.

There is an inverse relationship between the level of public sector wages and the incidence of corruption may be partially correct but it ignores the rent seeking nature of the economic man and the politics of the country which are central to award of civil service jobs and that of civil liberties?

To address corruptions we need a bottom up approach

2. Set up a Whistle blowing agency whose sole mandate is to educate the citizenry on corruption

5. We should stop voting based on tribe, ethnicity, and religion but instead Integrity, honesty, commitment, and good character …….. To be continued