Finding your way in a country without street addresses 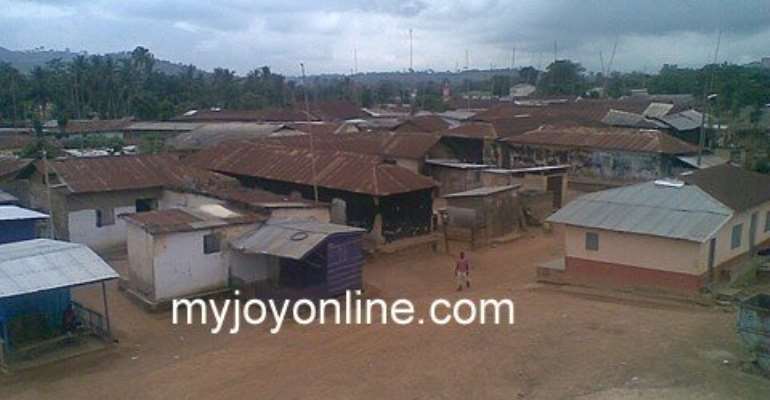 In Ghana, finding your way around can be a challenge.

Since properties often don't have a house number or name and street signs are rarely visible, local landmarks like bars, banks or even trees are used instead to help people find their way.

But a new, home-grown mobile app wants to change how people get around, putting an end to the confusion faced by everyone from ambulance drivers, to bus drivers, taxis and couriers.

The SnooCode app generates a unique code for every property in Ghana, pinpointing each specific location with GPS technology.

Once you have your new address, in the form of the code, you enter it into the app's mapping service to find the best route.

It's a radical shift from the way many Ghanaians currently navigate, according to founder Sesinam Dagadu:

"[When giving directions] People always say: 'It's by the chop bar', 'beside the mango tree' or 'after the blue kiosk' and that isn't the way it should be… I wanted to change that."

"Without a proper address system, things like ambulance services and food delivery services don't work. Then there's a whole class of jobs revolving around delivery industries which simply doesn't exist," he says. 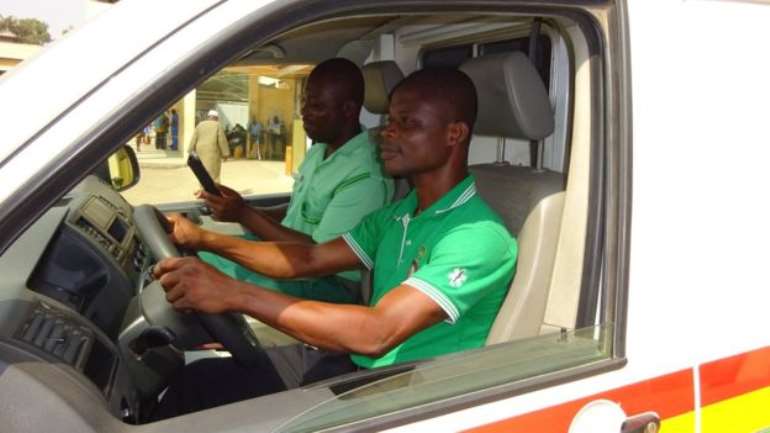 Raised in Ghana until the age of 10, Mr Dagadu studied engineering at university in the UK, but returned home in between completing his undergraduate and master's degrees.

His inspiration for the idea came during his time working for a bank in Accra, where he found it difficult to navigate the capital's hectic street system.

"It was the early days of consumer banking and we were sent out to get people to open bank accounts... we found that we were constantly lost and I thought there must be a better way," he says.

"For most address systems you have to be able to read entire words but with our system all you need to know is the alphabet and the numbers," the 30-year old says.

"You stand in front of your house, push the code button and you get a code not unlike a postcode in the UK. Except this code is super precise - in the UK you need a postcode and a house number - with this you only need the code." Saving lives

Ghana's emergency services have signed up to use the app in all their ambulances to improve response times, with 160 emergency workers already trained. 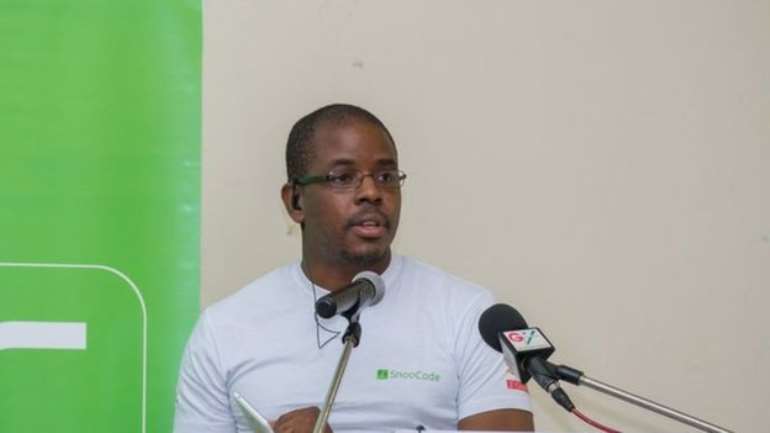 The app, which is free and works without an internet connection, does not require everyone in a particular house to have a smart phone, only to keep hold of their unique code, the founder says:

"My grandma in her village in the Volta Region doesn't have a smart phone so we went to her house got her a code and stuck it on the fridge. It means if she is in trouble she can call [emergency services] and give them her code."

At present all 14 ambulance stations in the capital Accra have installed the technology and those in Ghana's second city Kumasi are next.

Outside the emergency unit of Accra's Ridge Hospital, newly trained ambulance workers demonstrate the app to me as doctors and patients file past.

Bernard Tetty, emergency worker
"When the emergency is received from the caller, the major problem we normally have is how to get to the location," senior emergency medical technician (EMT) Francis Setordzie says.

"So, if someone calls from the Presbyterian Church in Osu, you know you have to go to the first traffic light and turn left, where there is a blue kiosk. But the next time you get there the blue kiosk has gone. So you have to call the person again and that causes a delay.

"The SnooCode app is going to navigate us exactly to the person's location… it could save lives," he says.

According to the ministry of health, ambulance response times in Ghana averaged 19 minutes in 2014. The recommended response time internationally is eight minutes.

There are 161 ambulances in the country to serve a population of more than 25 million and although vehicle numbers have increased, less than 60% of its 216 districts have ambulance stations. Changing attitudes

The National Ambulance Service opened in 2004, largely in response to the Accra Sports Stadium disaster in 2001 where 126 football supporters died, and public confidence in services remains limited.

People often use taxis in emergencies, as finding people in densely populated and rural areas is such a challenge and responses may come too late. 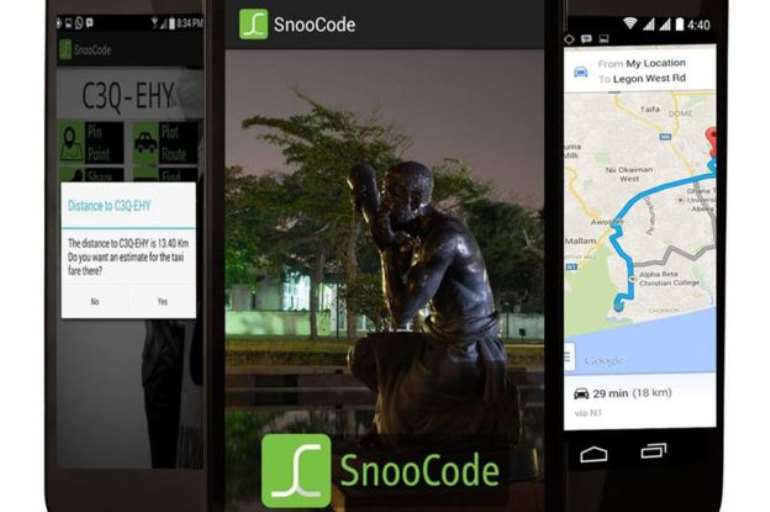 "People are still not quite familiar with the ambulance services," another of the emergency workers, Bernard Tetty, explains.

"We are in a society where people think ambulances are used for carrying corpses. If someone sees you in an ambulance uniform they are scared."

Foster Ansong-Bridjan, head of operations at the National Ambulance Service, believes if people are made aware of the technology, then attitudes and response times will change:

"Even though there are other challenges to the response time, like the traffic and road conditions, we believe that if that public is aware of the system it can cut the response time down 50%," he says.

Mr Dagadu has lots of ideas for how people could use the app, beyond helping ambulances reach their patients more quickly:

"Everyone from the individual user who wants to mark the piece of land they have, to the municipal services who want to plot a more efficient way of refuse collection, to public health officials trying to work out the epicentre of an outbreak, it serves them all very seamlessly," he says.