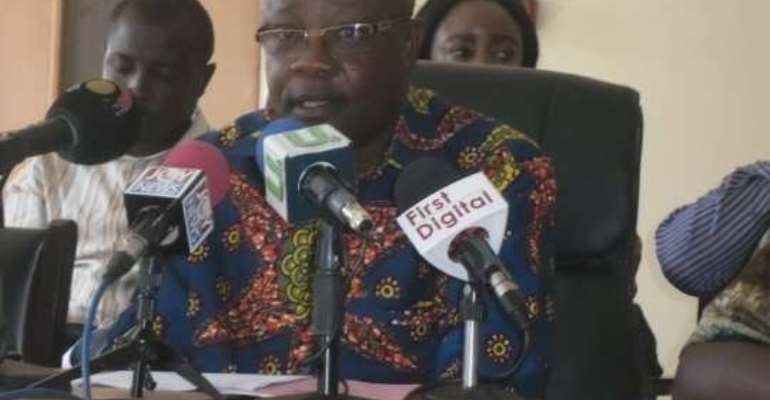 Accra, Feb. 3, GNA - The Ghana Union of Traders' Association (GUTA) has given government a two-week ultimatum to alleviate the burden of traders by reducing the excessive tax regime.

Mr George Kweku Ofori, President of GUTA, speaking during a press conference in Accra on Tuesday, said the event was to tell the public the extreme difficulties the trading community was facing as a result of the current tax regime.

He said it was also to call on government to halt the collapse of businesses as a result of the high taxation.

Mr Kweku-Ofori said it was quite unfortunate that taxes were imposed without the slightest regard to solicit the views and plight of stakeholders.

The GUTA President alleged that the taxes that were being opposed by the public and calls should be made for their removal.

He said another concern was the 3 per cent VAT flat rate scheme as the scheme has now been abolished without recourse to stakeholders.

'We want to remind government that the reason for establishing the scheme is to simplify the tax and make compliance easy for informal traders. As well as to forestall the incidence of harassment, intimidation and extortion of money from vulnerable traders,' Mr Kweku-Ofori said.

He said the last straw that broke the camel's back was the recent increase of the withholding tax of 15 per cent.

Mr Kweku-Ofori appealed to the Ghana Revenue Authority, Customs Division to suspend the implementation of the ECOWAS common external tariffs till proper consultation with stakeholders are made.