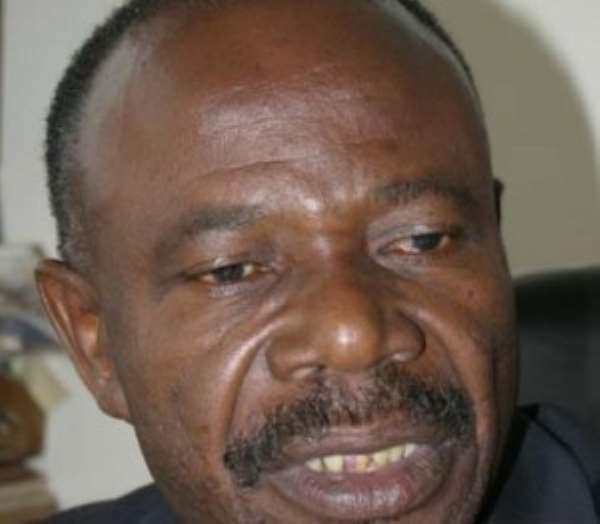 A LEADING member of the opposition New Patriotic Party (NPP), Mr. George Ayisi Boateng has asked members of the ruling National Democratic Congress (NDC) to focus their energies on seeking answers to the mystery behind the demise of the late President John Evans Attah Mills, instead of concentrating on the first wife of Nana Addo Dankwah Akufo Addo.

Mr. George Ayisi Boateng contends that since members of the ruling party and the press houses sympathetic to them are so much interested in unearthing circumstances behind deaths of people, they would do Ghanaians lots of good if they will spend little time digging into the much rumoured circumstances surrounding the late President’s death.

“Obviously if the late wife of Nana Addo, who left this world when he (Nana Addo) was not even a minister let alone a flagbearer, matters to the NDC, then a whole President who died under mysterious circumstances, must engage their attention,” he insinuated.

Some members of the ruling party, in a desperate move to smear the NPP flagbearer, whose incorruptible character appears to have become an envy of his political opponents, embarrassingly claimed they had laid hands on an autopsy report implicating the NPP leader for the death of his late wife, Obaa Yaa Nkansah Dwamena, who died in 1993.

But addressing a group of party volunteers in Kumasi over the weekend, Mr. Ayisi Boateng charged members of the party to also demand answers from the NDC and President Mahama over the death of the late President Mills.

“If the circumstances leading to the death of an ordinary innocent woman should be a matter of contention, then how much more a whole President of this country, whose mortal remains, we are told, was discovered at a Maternity Ward; how long will Ghanaians be kept in the dark about what happened to our dear late President,” Mr. Ayisi Boateng observed.

The NPP founding member, therefore, charged the party volunteers to rise and defend all forms of allegations fabricated by the NDC to soil the incorruptible integrity of the NPP flagbearer.

He further entreated them to use every opportunity available to them to explain the good policies and programmes of the NPP, but more importantly, also debunk all negative propaganda engineered by the NDC in their desperate attempt to discredit Nana Akufo Addo.

“Let me assure you; now that the NDC and their functionaries know they cannot accuse Nana Akufo Addo of any wrongdoing, their modus operandi is to attack his personality by fabricating all kinds of rumours about him,but it is my duty to counter them and set the records straight,” Mr. Ayisi Boateng noted.

“The myth surrounding President Mills' death would unfold should Ghanaians give the nod to Nana Addo, as the next President. President Mahama concealed the cause/causes of the death of the Late President; Ghanaians should be assured that the next NPP government under the Presidency of Nana Addo would set up a Presidential Commission to investigate it.

Ghanaians need to know how a whole President could die so mysteriously,” he said.

According to Mr. Ayisi Boateng, another rumour being peddled by the NDC in remote areas is that it is Nana Addo who has refused to append his signature for the release of cash for the payment of bonuses to cocoa farmers, hence the delay.

“So you see how the NDC and their cronies are so desperate to push blame of their incompetence on Nana Addo and the NPP, this means you need to work hard and tell Ghanaians the truth,” he observed.

The meeting with the volunteers formed part of the party’s outreach programmes aimed at empowering members with the requisite information to be able to market the party’s policies and programmes.

Mr. Ayisi Boateng also promised that the NPP, when elected into power, will investigate the real cause of the death of the late President in order to settle the minds of Ghanaians.