Who Is That “Mr Beautiful” In Ghana And What At All Is He Saying? 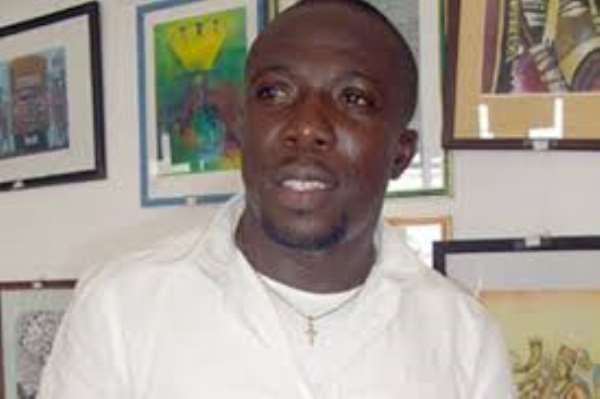 “I have nothing against him [Nana Addo] but he can’t be president. I only see one president in Ghana which is President Mahama. He is next to Dr. Kwame Nkrumah”

In this publication, Mr Beautiful, like many selfish individuals in Ghana who listen to the dictates of their hearts but not their heads, and are additionally controlled by the pangs of their stomach, has demonstrated his naivety and crafty quest to live fat at the expense of the suffering Ghanaian masses.

It is often better not to discuss people who exhibit acts of disastrous selfishness, but to rather leave them to wallow in their utter ignorance. However, in order not to let them pollute the minds of other innocent persons, I have chosen to sacrifice a few minutes of my precious time to respond to that publication.

In the said publication, he claims that President Mahama is as better as or only second to, the late President Kwame Nkrumah. Is he next to President Nkrumah in terms of nation building, infrastructural development, visionary, human resource development with better and well-equipped school facilities or in the practice of divide and rule revolving on the pivot of the practice of selective justice?

President Nkrumah in his time and term in office made impressive strides in improving the economy of Ghana through industrialisation and agriculture. He built schools and colleges and introduced the Ghana Workers’ Brigade, all with the aim of making Ghana self-sufficient in food production.

On the other hand, he introduced and implemented the policy of selective justice through the Preventive Peoples Act which gave him the absolute power to incarcerate his rivals and anyone he perceived to be his enemy on whim.

Which of these two cited instances, although none exhaustive enough, is President Mahama associated with, that brings him closer to Dr Kwame Nkrumah as being pandered to by the so-called “Mr Beautiful?”

Mr Beautiful claims in the publication to have been drawn to the NDC because of the vision and policies for the arts and entertainment industry by President Mahama. I find this expressed view by him very childish. What are the visions and viable policies for the arts and entertainment so far successfully implemented by President Mahama? Are they the bribes and the so-called “soli” given to them to selfishly encourage the Ghanaian celebrities, media houses and avidly livid radio phone-in serial callers to support his well established corrupt and nation-ruining causes?

Has Mr Beautiful been in Ghana throughout the devastating period of the “dumsor” (load shedding or extreme power outages)? Did he see how the dumsor caused large, medium and small scale industries to fold up with many workers made redundant? Is he aware of how corrupt President Mahama is, unlike President Nkrumah?

Please, fellow noble Ghanaians, do not allow yourselves to be fooled by greedy individuals like Mr Clement Bonney alias Mr Beautiful. He is supporting President Mahama, praising him and lying about his supposed great achievements all in order to be seen in the good books of the President so he could be rewarded handsomely materially.

President Mahama is known to share the country’s money among the handful of individuals, be they NDC party members, celebrities, radio station presenters, security personnel, etc. that support him and sing his praises same as Clement Bonney is doing.

With all the shortcomings of President Mahama, it only takes a comedian, thus, a joker, like Mr Beautiful who is living in a fantasy land to try to persuade Ghanaians to believe differently.

The character Mr Beautiful has been exhibiting since 2012 and especially, in election year 2016, is all about propping himself to be seen in the good books of President Mahama to be able to acquire easy wealth. Who in Ghana does not know by now that President Mahama and the NDC reward handsomely those who are able to insult the political opponents of NDC most in support of the NDC and President Mahama? These are the very people directly encouraging President Mahama to entrench in his infamous acts of corruption to the detriment of the majority of Ghanaians.

Mr Beautiful is to be seen in the same eyes and by the same lenses as the characters described, or mentioned in a publication I placed on Ghanaweb, Modernghana and News Ghana on 11 December 2015 titled, “Open Letter to My Compatriots the Voltarians”. It was under the web link http://www.ghanaweb.com/GhanaHomePage/features/Open-Letter-to-My-Compatriots-the-Voltarians-399807

For how long are the suffering Ghanaians going to sit back to allow these obnoxiously selfish individuals to play on our intelligence to feed their ego and unrestrained quest for personal wealth?

Let us prove to this group of easy-money-seeking people that Ghanaians are wiser now to vote out President Mahama and his group of incompetent, corrupt and clueless government.