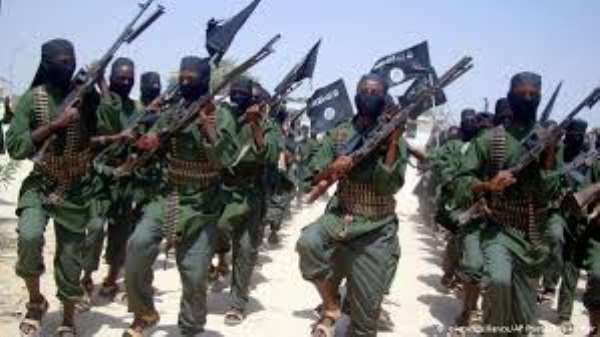 Terrorism and security have newly become one of the top priorities in post-Soviet Central Asia. States are discussing how to face the threat of a strengthening of the terrorism and, in particular, of the Islamic State. The attention to this phenomenon has been growing in relation to the Russian involvement in the Syrian war and the risk of a “contagion” that, from North Africa and Middle East, could affect Central Asia.

Both internally and regionally, during 2015 there have been discussions about anti-terrorist measures to implement and focused on the security aspects. But, actually, what is the level of the threat the states are facing? In the face of concerns expressed by national governments, sources and analyses point out a more intricate reality that needs to be examined more in depth. The possibility of a strengthening of the radical groups is concrete and different elements prove it. There are no certain figures, but it is estimated that from these countries diverse thousands of youths joined ISIS or other Islamic radical groups in Syria and Iraq.

Their presence is considered to be around 1.500-2.000 militants, up to a maximum of even 4.000 people. Official numbers, in fact, could also hide governments’ strategy to underestimate or exaggerate the number of foreign fighters, in order to purse their own internal purposes in facing radical groups. Beyond these figures, what concerns is the possibility of an “expansion” of the Caliphate in the Eurasian region that could take place also with the adhesion of indigenous militias to ISIS, its ideology and its strategy.

An example of such risk comes from the pledge of loyalty made by the radical Islamic Movement of Uzbekistan last August. However, it is not only a matter of ISIS, because another factor to be considered is the evolution of the fighting in Afghanistan. Taliban, indeed, could represent a potential element of instability for bordering countries, like Turkmenistan.

In the face with this situation, the Russian Federation is trying to play its role of leading actor in the region for security issues through the definition of a common anti-terrorism policy, involving all other Central Asian states. Moscow has direct interest in limiting the expansion of islamist groups, in stabilising bordering countries and in reducing the proliferation of radical elements in its territory. In addition to Central Asians foreign fighters, what worries Moscow is the presence of 1.500-3.000 Russian citizens in war zones. Moreover, Russia itself has become a land of recruitment for jihadist movements, which acquire new militants from the emigrants resident in the large Russian cities, where tough living conditions pave the way for cultural and social marginalization and the split up between young Islamic workers from the rest of the society. This evolution has made the Russian, the third language – after Arab and English – in Islamic State’s propaganda and recruitment activities.

By its own side, Moscow has military bases and the lead of the Collective Security Treaty Organization, the most important regional security structure. In the last CSTO’s summits (in Dushanbe and Moscow) it has been underlined the risk for the five Central Asian states and Russia, but the path to a common anti-terrorist initiative it’s not easy. CSTO doesn’t include two key states like Turkmenistan and Uzbekistan. Moreover, central Asians are wary over a possible return of Russian influence in the region. This concern is in part emerged with the constitution of the Eurasian Economic Union, but is much stronger in relation to the possibility of a Russian-led common defensive policy, because it could be interpreted as a blow to the sovereignty of these countries.

So, even if the issue of a coordinated policy is always on the agenda, the answers against terrorist threat have assumed different faces. Elaborated on the root of problems, prof. Anis H. Bajrektarevic reminded us recently in his seminal piece ‘No more War on Terror, please’: “But, terror is a tactics, not an ideology. How can one conduct and win war on tactics? – it is an oxymoron.”

Turkmenistan, for example, has maintained his neutrality position and repeatedly underlined its will to protect the integrity of the state from any kind of intrusion. Even if it is one of those states forced to face the major threat - since reports pointed out incidents at its Afghan borders - Turkmenistan is contrary to any kind of “intrusion” in its sphere of sovereignty. Only in recent days, Ashgabat reached an agreement with Russia for security cooperation, which include the control of Turkmen-Afghan border, in order to limit eventual border crossing by Taliban forces. In other cases, instead, the menace might be used as an instrument through which governments can crack down opposition groups. Among states “suspected” of these practices there is Tajikistan.

The country suffers hundreds of young in the forces of the Caliphate and recently even one of the most influential military officials, Colonel Gulmurod Khalimov, abandoned institutional ranks to join ISIS. Tajik President Emomali Rahmon described the Islamic State “the 21st century plague” and started a crackdown on Islamic groups highly criticized, starting speculations about the real nature of the governmental intentions. Many suspects, in fact, that some measures – like the disbandment of the opposition movement Islamic Renaissance Party of Tajikistan, the ban of veil for women and the strong invitation for the men to shave their beard – have little to do with security issue. In Uzbekistan, where President Karimov is conducting a years-long war against terrorism, government decided to implement new anti-terrorist measures.

Kazakhstan, instead, has chosen another path. Recently, Astana declared to have allocated more resources for security apparatus, but there is more. Contrary to the other Central Asians republics, Astana has taken up the idea of a regional cooperation to this issue. Speaking to the 70th UN General Assembly last September, President Nursultan Nazarbayev advanced a proposal (previously presented in SCO summit in Ufa) for the creation of an “anti-terrorist global network” under the aegis of the United Nations and with the involvement of regional defense structures, like CSTO. Kazakh President underlined that global threats requires global answers, stressing the necessity to re-unite the different alliances constituted in order to coordinate them. A vision – this – that brings Russia and Kazakhstan even closer on security issue. Another element to underline about Kazakh strategy is the role conceded in its anti-terrorism law to social and cultural factors, in order to prevent the spread of religious radicalism and extremism. Only years to come will say if this particular approach will give its results.

The necessity of a common answer should start also by the consideration that the Eurasian one presents itself as an increasingly significant key region. The attention toward Central Asians states is determined by their relevance as raw materials suppliers, their strategic transit routes and importance for the political stability: single States’ instability – due to the rise of domestic radical groups or to the return of foreign fighters - can produce an impact on the whole area and even on Russia and China.

At the same time, is necessary a thought-out look about the real entity of the issue. Many reports indicate that Central Asians states are lesser in danger than other regions’ countries. According to the 2015 “Global Terrorism Index” Central Asia is less in danger than Europe. Eurasian states have “good performances” not only in respect of the most troubled nations, but even of their more influential neighbors, Russia and China. The five former Soviet Central Asian states have been included in the “lowest impact of terrorism” and “no impact” categories, ranging from 83rd rank (of 162 countries classified) of Kazakhstan to the last position of Turkmenistan and Uzbekistan.

This standing can result exaggerated, especially in a phase in which terrorism is living a rising trend, but it can help to value the relative stability of these countries. Moreover, it can help in understanding that disproportionate reactions can lead to counterproductive effects in medium-long term. In some cases, restrictions and repressions seems to respond to necessities of internal politics. The real risk is that such measures might contribute to an increasing expansion of radicalism and dissatisfaction with the institutions.

Poverty, social and cultural marginalization, ethnic discriminations, lack of efficient politics and the increasing economic difficulties in these states are among other factors able to strengthen radical groups beyond the “religious ideology”. The answer can’t include only security aspects, because fundamentalism can grow for economic, social and cultural reasons. In this regard, the aforementioned Kazakh law on anti-terrorism, with its comprehensive attitude toward the issue, could represent a viable approach in the fight against religious extremism and radicalism. Only time, however, can say if this kind of solution can work and if Central Asia can prevent the rise of terrorism and instability.

MPs split heads as anti-LGBTQ+ bill to be laid in Parliament...
2 minutes ago

Angola President in Ghana for 3day visit
7 minutes ago