ICC to unveil verdict against DRCongo's Bemba on March 21 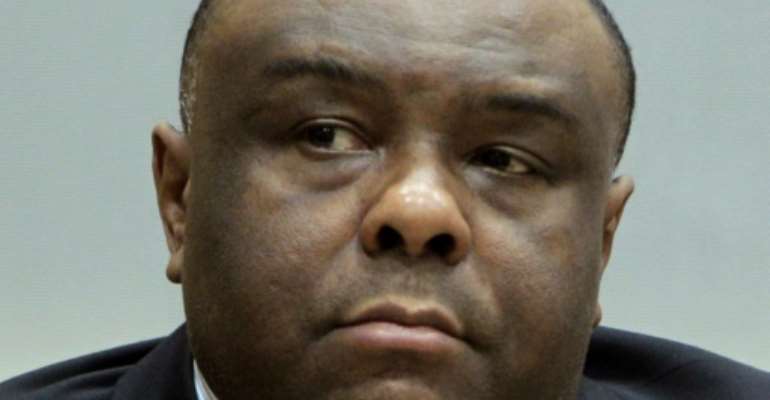 The Hague (AFP) - The International Criminal Court said Tuesday it will deliver its verdict next month in the long-running trial of former Congolese vice president Jean-Pierre Bemba accused of militia war crimes in the Central African Republic over 14 years ago.

It will only be the fourth verdict -- and the first against a former vice president -- to be handed down by the court, set up in 2002 in The Hague to try the world's worst crimes.

Bemba is charged with three war crimes counts and two of crimes against humanity committed by some 1,500 members of his private army in the neighbouring Central African Republic between October 2002 and March 2003.

His troops allegedly murdered, raped and pillaged after Bemba sent them into the country in late 2002 to help put down a coup against then-CAR president Ange-Felix Patasse.

His trial wrapped up in mid-November 2014, and the court Tuesday issued "an order scheduling the hearing to deliver the verdict in the case ... on Monday, March 21."

"The verdict will be read out in public and will either acquit or convict the accused. The accused before the ICC is presumed innocent," the court said in a statement.

ICC prosecutors have alleged that Bemba had authority and control over his troops when they committed atrocities and that he could have stopped or sanctioned them.

But that has been vehemently denied by his defence team which said he had no "direct operational line of command" with his troops who were "resubordinated to the hierarchy of the Central African Republic forces."

Bemba, 53, who unsuccessfully challenged current DR Congo President Joseph Kabila in polls in 2006, went into exile after government forces routed his private militia in 2007. He was arrested in Brussels in 2008 and handed over to the ICC.

His trial before three judges was opened on November 22, 2010 and ended in late 2014. He was since been waiting for a verdict.

If found guilty, Bemba will be sentenced at a later date.

"While the prosecution must prove the guilt of the accused, the trial chamber will convict the accused only if it is satisfied that the charges have been proven beyond reasonable doubt," the ICC said in a statement.

Former Congolese rebel commander Bosco Ntaganda is on trial in another courtroom. And next month judges will also meet to confirm unprecedented charges against an alleged Al-Qaeda militant of ordering the destruction of monuments in Mali's fabled city of Timbuktu.

PHOTOS: Ghanaians hit the streets of Accra for #FixTheCountr...
2 hours ago