NPP, NDC Have Nothing To Offer - Aggudey 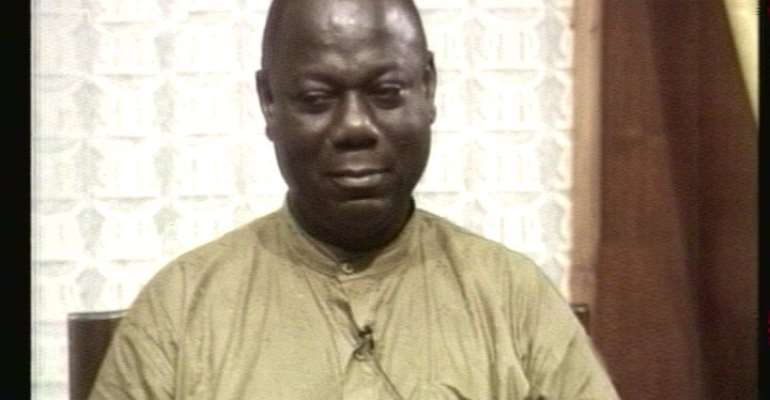 The Presidential candidate of the Convention People's Party (CPP),Mr George Aggudey,has stated that the statistical evidence of progress being touted by the government has not in any way translated positively into improving the living standards of the people.

“The broad masses of the people are not really enthused about the government quoting statistics to create the impression that it has managed the economy well, since the social and economic conditions across the country suggest the contrary,” he said.Addressing a rally at Tease in the Afram Plains, Mr Aggudey described as ironical the situation in which governments, since 1992, had quoted profuse statistics to buttress their cases of economic success when the social conditions of the vast majority of the people continued to deteriorate.

He said over the last 12 years the poverty levels among Ghanaians had grown from bad to worse, an indication that governments' had behaved like ostriches, oblivious of the real circumstances on the ground.The CPP Presidential candidate told the gathering that considering the appreciation of resources internally generated by the government, in addition to donor support,it was unfortunate that such fabulous resources could not be properly utilised to improve the standards of life of the people.

"Instead of utilising monies accrued from the country's exports and donor support to enhance the well being of the economy, government functionaries indulge in reckless display of ostentatious lifestyles to the detriment of the masses of the people”, Mr Aggudey said.He said the New Patriotic Party (NPP) and the National Democratic Congress (NDC) had nothing to offer the country again since their policies had led to the marked deterioration in the living standards of the people.

The CPP presidential candidate called on the electorate to reject the two parties and endorse the CPP to properly manage the country's resources for the benefit of all, since the election of either of the parties would worsen the social and economic plight of the people.Mr Aggudey informed the gathering that it was the CPP government that instituted sound and credible policies to lay a solid foundation for the country's development.

" Sadly, after the February 24,1966,governments that came after the CPP bled the country white of its resources and ran down the infrastructure built by Dr Kwame Nkrumah," he said.The CPP presidential candidate cautioned the people not to exchange their identity cards for money, since that would deprive the party of substantial votes and prevent it from winning the December 7 polls.

Mr Aggudey further called on members and supporters of the party to assemble early at the various polling stations across the country on voting day to exercise their franchise.

‘I haven’t rejected question on cost of Akufo-Addo’s travels...
9 minutes ago