Woman in court for using artificial penis on co-tenant 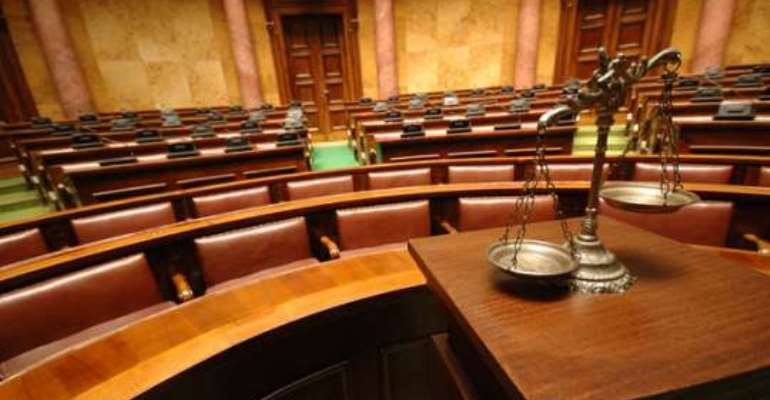 Accra Feb. 1, GNA - A woman, who allegedly inserted artificial penis into a co- tenant's vagina after making her drunk on Monday appeared before an Accra Circuit Court.

The Court presided over by Mrs Abena Oppong Adjin-Doku admitted Queenie to bail in the sum of GH¢ 40,000 cedis with three sureties.

Queenie is expected to reappear on February 12.
Prosecuting Detective Inspector Judith B. Asante told the Court that Comfort Sam is the complainant and mother of the victim.

The victim is Janet Amoakwah.
Prosecution said accused person and the victim reside at Ablekuma and are tenants in the same house.

On January 25, at about 1800hrs Queenie sent the victim's younger sister, a witness in the case to go and call the victim and the witness obliged.

Detective Inspector Asante said when the victim arrived, Queenie offered her Vodka beer and other beer varieties to drink after which the victim got intoxicated and Queenie lured her into her bedroom.

The prosecution said Queenie asked other witnesses around to leave and she locked her bedroom.

Detective Inspector Asante said a 13 year old witness went to peep through the window of the accused and saw Queenie inserting the artificial penis into the victim's vagina.

The witness informed the victim's brother known as Nana Sasu and he also alerted her mother (the complainant).

The prosecution said witnesses rushed to the aid of the victim and saw her lying naked in the accused person bedroom with vomit all over her.

Prosecution said as victim was unconscious she was rushed to the hospital after obtaining a medical form from the Police station.

The Police proceeded to the scene and apprehended Queenie and a search into her room revealed an empty Vodka beer, star beer bottles, and bottles of Orijin alcoholic beverages.

According to the prosecutor, the artificial penis was found on top of the accused person's wardrobe and a video recording of the act was on Queenie's '[email protected] mobile phone.

Prosecution said Queenie in her caution statement to the Police admitted the offence. GNA