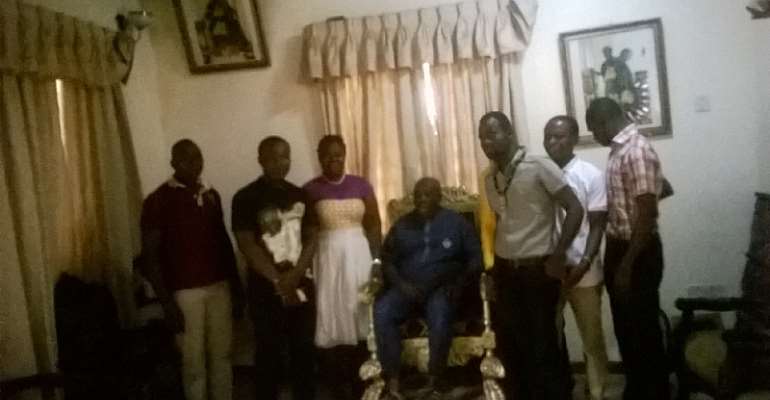 We had paramount discussions on our way forward to help the development in Akyem. The youth are planning to start Agriculture Project in Akyem to help solve the unemployment problems in the country and Akyem.

We are humbled and thank His Royal Majesty Okyenhene Osagyefuo Amoatia Ofori Panin for opening his doors to us on this great day. We also assured to Respect, Project, Promote and protect Okyeman.

By this, we are embarking on Town to town Visitation to discuss with chiefs,Queen mothers , traditional rulers , opinion leaders and various Akyem youth on how to help in developing our towns.