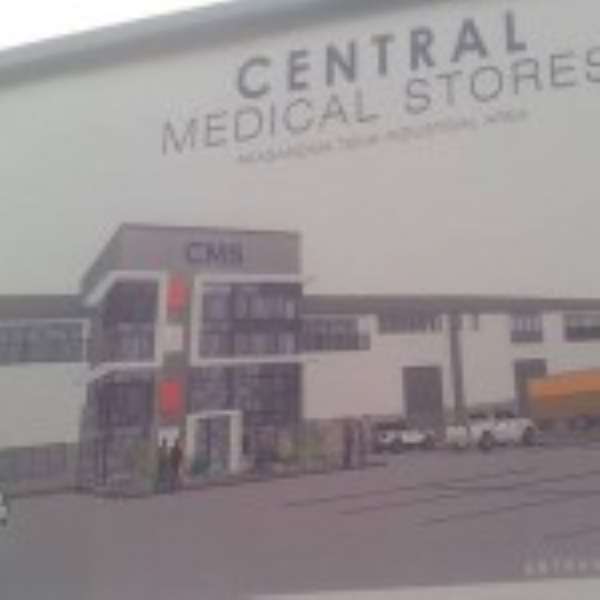 Life, as the adage goes, is irreplaceable – and that is why individuals and the state have the responsibility of protecting their lives and prevent it from being taking away. One of the ways the state can use to ensure maximum protection of her citizens is to ensure that there is always the availability of drugs to take care of the medical needs of her people.

If drugs are in limited supply, the possibility of people dying from their ailments is very high. It is based on this that the State of Ghana decided to set up a Central Medical Stores at Tema to store all the essential drugs and release them to the various health facilities, as when they are needed.

The Tema Central Medical Stores has been in existence for many years and serving the purpose it was set up for. For unexplained reasons at the time, fire swept through the medical stores destroying drugs worth over GH¢200 million.

A committee set up by the government to investigate the circumstances that led to the outbreak of fire presented its report to Ghanaians last week Friday. According to the committee, headed by the hard working Attorney General and Minister of Justice, Marietta Brew Appiah Oppong, the medical store was deliberately set on fire to conceal evidence.

According to the AG, the Economic and Organised Crime Office (EOCO) was earlier tasked to investigate certain malfeasance detected at the place, but before they could commence work, those involved in the deal had already contracted Samuel Dogbe, said to be a labourer, to set the place on fire.

According to the AG, Samuel Dogbe is now on the run, and they have contacted Interpol to assist in arresting him. Some officials, who are suspected to be involved in the arson, have also been interdicted, and would soon be put before court to face the full rigours of the law.

Since the AG herself could not conveniently say that the interdicted officials set the place on fire, The Chronicle, like the AG is also treating them as suspects until proven otherwise by a court of competent jurisdiction.

The Chronicle is, however, shocked that because these suspects wanted to cover up a crime, they could go to the extent of setting such a national asset on fire without thinking about the effect their actions could have on health delivery in the country.

This is sheer wickedness of the highest order, if, indeed, these suspects committed the crime they are being accused of. Apart from the huge cost accompanying the crime, Ghanaians could have died from preventable deaths, if all the government-assisted hospitals in the country had run out of drugs, and had to fall on the Central Medical Stores.

If the law will permit, these suspects should be charged for attempting to commit crime against humanity. What they did, if proven, could have resulted in a catastrophe.

It appears when it comes to money, unscrupulous people do not care where their corrupt practices would land this country, which is the only one we all have.

As we write this editorial, there are reports from Kumasi that the National Health Insurance Authority is owing hospitals in the Ashanti Region GH¢726,067.97.

The development is bringing healthcare delivery in that part of Ghana to its knees, yet, a group of people did not care a hoot in allegedly setting fire on a medical store that takes care of all Ghanaians, resulting in the loss of over GH¢200 million. Surprisingly, these people, after committing such a heinous crime, will wash down, dress up on Sundays, and drive to church to worship God.

The question is – are we really worshiping God or Allah, or we are just mocking the old man? The AG and her team need to set an example by prosecuting these people to serve as a deterrent to others who are contemplating committing the same crime.

God would not descend from paradise to develop this country – we need to do it ourselves, and deliberately setting the Central Medical Stores on fire is certainly not one of the ways to develop.