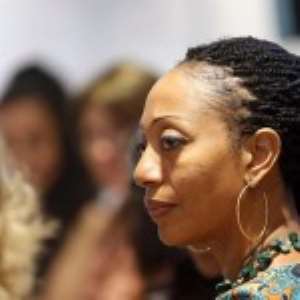 Defeated CPP Presidential aspirant Samia Nkrumah has revealed she is considering going to contest the Jomoro parliamentary seat again in the upcoming elections.

Samia who was heavily defeated by Ivor Greenstreet in the Saturday polls said going back to contest the seat, which she formerly occupied, will afford her the opportunity to serve the CPP again.

The daughter of Ghana's first President garnered 579 votes as against Greenstreet's 1,288, while the others, Joseph Agyapong and Bright Akwetey secured 83 and 42 votes respectively.

Speaking to Fiifi Banson on the polls Monday, Samia who is former chairperson for the Nkrumahist party said some forces within the party ganged up against her.

“I wanted the party to be independent at all times and so the forces against the independence of the party fought against me. There is evidence of how I made sure the party always had a different position from the NDC and NPP on matters of national interest at all times,” she said.

She added in order to continue serving the party, she will offer herself up again for elections in the Jomoro constituency.

“I would be happy to serve my party in any way possible including going back to Jomoro”.

Samia was defeated by the NDC's candidate in the Jomoro contest in the 2012 elections.