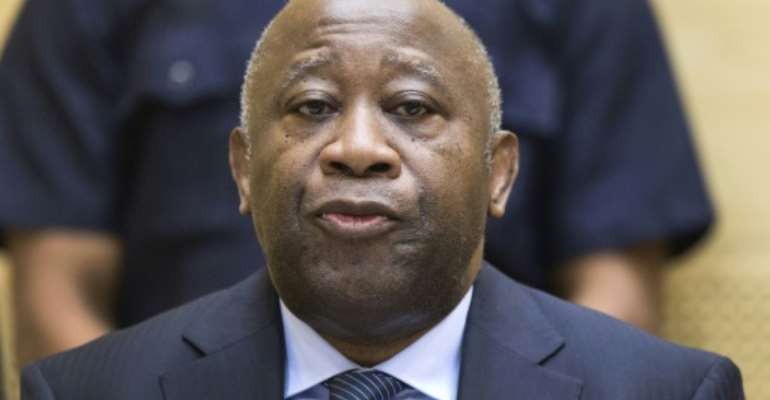 Lawyer Emmanuel Altit alleged at the International Criminal Court that former colonial power France was not interested in a negotiated peace to end the five-month turmoil when Gbagbo refused to concede defeat to Ouattara.

"Ouattara and his supporters wanted to seize power by force and the battle of Abidjan was, simply put, the very implementation of this strategy," defence lawyer Emmanuel Altit told the court.

Gbagbo and his co-accused Charles Ble Goude, a firebrand militia leader, have denied four charges of crimes against humanity arising out of the turmoil which followed the Ivory Coast vote.

The west African strongman declared himself the winner over Ouattara, but the major powers including France the United States as well as the United Nations backed Ouattara as the winner.

Altit said there was a deliberate campaign to make Gbagbo "out to be some of kind demon" and "paint Ouattara as the good guy."

"This is not a faithful account of what happened ... it's not particularly realistic," Altit said.

"This is nothing more than a political narrative that has been heated up and re-served."

And he told the three judges hearing the trial at the court in The Hague that "perhaps someone wants us to forget" alleged abuses committed by pro-Ouattara forces.

"The plans for military action had been drawn up by the plotters and schemers ... in cooperation with French military leaders during the entire crisis," said Altit.

"A fleet of French military aircraft delivered heavy weapons to pro-Ouattara combatants in the north of Cote d'Ivoire in February and March 2011, once again breaking the UN embargo," he said, using Ivory Coast's French name.

The defence is making its opening statements at a trial set to last between three to four years.