Noam Chomsky On Clinton vs. Sanders 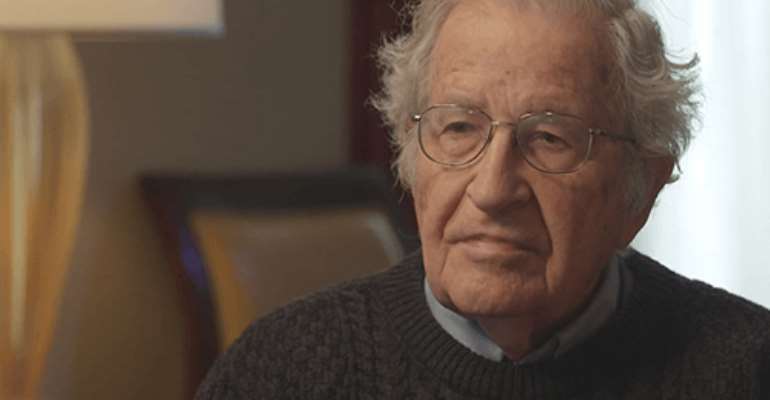 In an interview with Al Jazeera English’s flagship current affairs show, UpFront, MIT emeritus professor Noam Chomsky said he would “absolutely” vote for Democrat Hillary Clinton over Republicans Ted Cruz or Donald Trump, if he lived in a swing state such as Ohio.

“Oh absolutely... My vote would be against the Republican candidate,” said Chomsky, who lives in Massachusetts, a safe state for the Democrats.

In the wide-ranging interview with Mehdi Hasan, Chomsky also drew a clear distinction between the Republican and Democratic party platforms, specially in a potential Clinton vs. Cruz contest.

“There are enormous differences,” he explained. “Every Republican candidate is either a climate change denier or a skeptic who says we can’t do it,” adding: “What they are saying is, 'Let’s destroy the world.' Is that worth voting against? Yeah.”

The MIT academic also referred to Democratic presidential hopeful Senator Bernie Sanders not as a "socialist" but as "basically a new dealer", adding: "I agree with him in a lot of things, not in other things. I frankly think that in our system of mainly bought elections he doesn’t have much of a chance, but if he were elected I think he would - of the current candidates - I think he'd be the one who would have, from my point of view, the best policies."

One of Chomsky’s biggest critics, neuroscientist and new atheist Sam Harris, recently said that, if forced to choose, he would vote for Ben Carson over Chomsky because Carson "understands that jihadists are the enemy."

“I don’t bother with Sam Harris,” Chomsky told UpFront in response. “He specialises in hysterical, slanderous charges against people he doesn’t like. That’s of no interest to me.”

Chomsky further accused Harris of inciting Islamophobia through his writing. “Harris, I assume, denies it,” he said. “But when I read what he says, that’s what it looks like.”