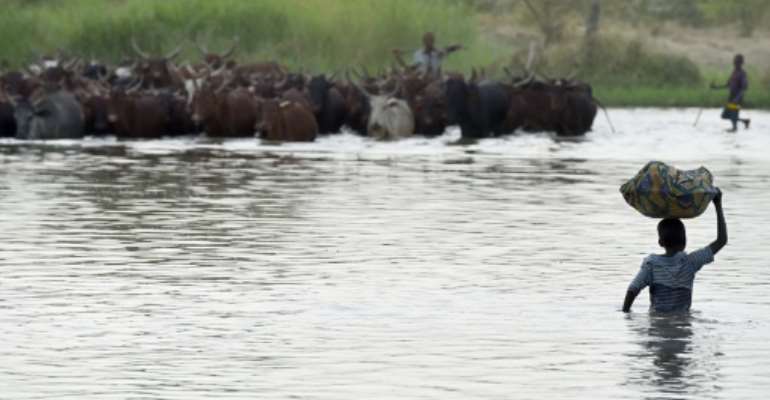 A boy carries a bundle on his head as a man herds cattle across a section of Lake Chad whose waters border, Niger, Nigeria and Cameroon. By Philippe Desmazes (AFP/File)

In the first attack in Guie, a bomber on a motorcycle blew himself up, killing one person and injuring 32, while the second attack in the village of Miterine left two dead and 24 wounded, the official said.