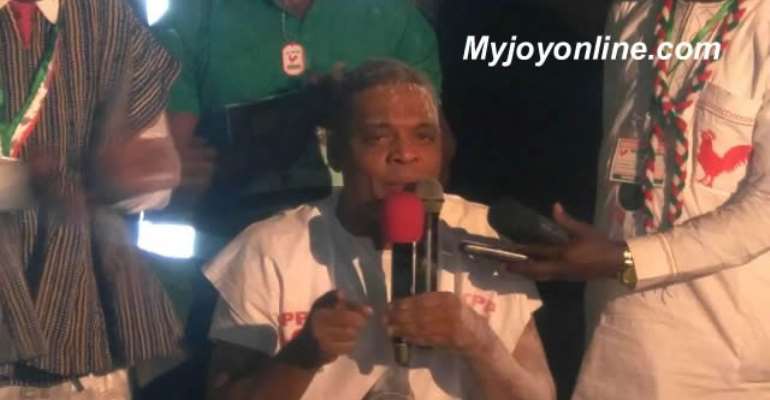 Joy News Latiff Iddrisu who is at the International Trade Fair Centre in Accra where the elections too place reports the Mr Greenstreet won at three out of four polling stations in an election that was tipped to go in favour of former Party Chair, Samia Yaba Nkrumah.