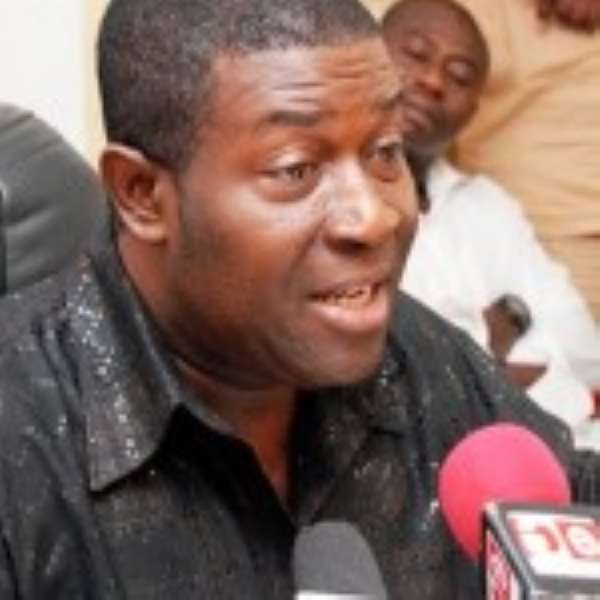 The New Patriotic Party (NPP) has said the John Mahama-led administration should not gloat over the recent Transparency International report which placed Ghana 7th in Africa and 56th worldwide.

“Government also seems happy about its claim that Ghana and Senegal have been mentioned as making progress in the fight against corruption in Africa.

“This claim is also dubious. Ghana was mentioned in terms of increased civil society and individual's activism in anti-corruption activities. This has nothing to do with government. The credit for this belongs to civil activists like Occupy Ghana and lmani Ghana and to individuals such as Martin Amidu and Anas Aremeyaw Anas,” the NPP statement signed by its communications director Nana Akomea said.

Below is the full statement:
The NDC government has sought to take some solace from the 2015 Transparency International report on corruption. This attempt amounts to a fantasy, a mere fiddling while Ghana burns from corruption and a poor attempt by President Mahama’s government to tickle itself and laugh.

One basis for the government’s fantasy is that it had placed 56 out of 168 countries and placed 7th in Africa.

But the government is not able to say if these positions amount to improvement, or not.

Quite strangely, while the NDC government seeks some dubious comfort from the report, it is at the same time attempting to pass it off as report on perception, largely caused by false allegations in the media and also due to some so called “paradox of exposure”. This is supposed to mean that it is the government’s great fight against corruption and the attendant media reportage that fuels the perception that corruption is rampant.

If the government's fight against corruption is really great, how can the media reports of this positive and great fight lead to negative perception against the government?

Government also seems happy about its claim that Ghana and Senegal have been mentioned as making progress in the fight against corruption in Africa.

This claim is also dubious. Ghana was mentioned in terms of increased civil society and individual's activism in anti corruption activities. This has nothing to do with government. The credit for this belongs to civil activists like Occupy Ghana and lmani Ghana and to individuals such as Martin Amidu and Anas Aremeyaw Anas.

The poor record of the NDC government in fighting corruption is rooted not just in perception but in stark reality. GYEEDA, Woyome, SADA, Subah, Waterville, Smarttys, etc are not perceptions.

The NDC government’s record on these two fronts is appalling. Major financial dealings such as loans for the GNPC, floatation of ADB shares and the IMF loan agreement were not taken to Parliament. Value for money audit for the many sole sourced public works is largely not done. Mandatory reports on public procurement to parliament are not done.

The record on prosecution for financial wrong doing is even worse.

Two former ministers of state in another government were prosecuted for alleged infringement of the Procurement Law.

Ghanaians are therefore still in a state of shock and disbelief over the twists and turns that have led to the loss/siphoning of millions of dollars of taxpayers monies in the Woyome affair, in the Waterville affair, in GYEEDA, in SADA, in Subah, in Smartty’s, etc.

President Mahama's government this time will not prosecute. Even when court orders to recover taxpayers monies are secured through the efforts of others, the NDC government is unable to recover the monies.

The Attorney General’s investigation into this matter, found that the bus branding work was awarded, commenced and completed EVEN before the procurement process was started, and before any contract was signed; and that the sole sourced contract resulted in over payment of nearly two million Ghana cedis (GHC 2 million). The Attorney General recommended further investigation of all state officials involved in this breach of the various laws on the use of public funds. So far, what has happened is the resignation of the sector minister and President Mahama ordering a refund of the excess looted taxpayers' monies.

Indeed this profile of President Mahama's government in fighting corruption is aptly captured by the comments of a member of the investigation team into the GYEEDA scandal: “we are being robbed. We are seriously being robbed and we need to be more radical about corruption. We brought all our professional expertise to bear but it took forever to get people to say we are going to act and deal with the people and issues in the report. We sat people down and made them recognize they were paid for services they never did and that money should immediately come back to the state. The agreements were such that quarterly they were supposed to be paying certain amounts and at the end of the year, we have just got a fraction…”

No wonder President Rawlings has concluded about the party he founded: “60% of thieves in NDC also hold positions in government “; and that “corruption today is no longer a practice, but has become a pervasive culture”(May 2015).