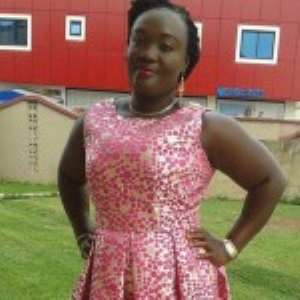 Police in Asokwa are holding two suspects in connection with the murder of a nurse of a public health facility(name witheld) in Kumasi.

Police are tight-up on the identity of the two suspects but Nhyira Fm sources say one of them is a male friend of the deceased.

The body of 28-year old Yaa Sika Danquah was discovered at the Dompoase Landfill Site, a few hours after she had reportedly been picked up from work by a male friend.

Preliminary investigations revealed no mark of assault was found on the body of the former student of Kononogo Odumase SHS neither was the neck broken.

Asokwa District Commander, DSP George Collins Bawa, who confirmed the story will not give details except to say police have commenced investigations into the matter.

Nhyira FM sources however say Gifty as she is affectionately called left her work place earlier than scheduled on Monday evening to meet the unidentified friend.

News about her death went round at about 9: 30 p.m., less than three hours after she had left in the friend's car.

Her half-naked body was found in supine position by some residents.

Police say it will take an autopsy to confirm the cause of death as the body of the deceased awaits autopsy at the Komfo Anokye Teaching Hospital morgue.

You’ve Fulfilled Most Of Your Manifesto Promises; Objective ...
11 minutes ago

How Slain Mfantseman MP Begged Killers To Follow Him Home Fo...
26 minutes ago