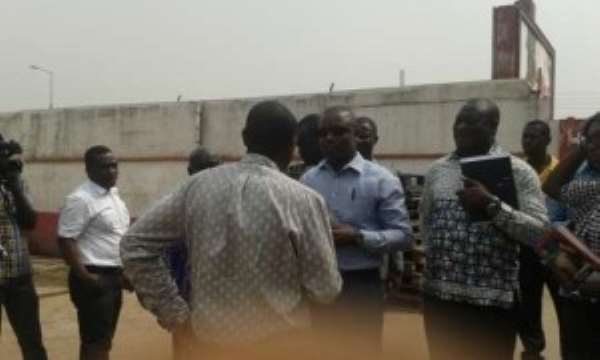 Mr. John Abdulai Jinapor, the Deputy Minister of Power has urged the public to conserve energy in their usage of power, as there is an astronomical increase in power consumption by customers.

“I urge customers to try and conserve energy as we also do our best to work around the clock and solve the challenges posed by our energy system,” Mr. Jinapor stated on Tuesday, when he paid an unannounced working visit to some industries in Accra.

The visit, which formed part of the Ministry and its constituted task force comprising Electricity Company of Ghana (ECG), Volta River Authority and Ghana Grid Company Limited (GRIDCo), saw the electricity meters of Latex Foam head office, Dannex and Fan milk Ghana Limited being audited to ensure there were no illegal connections and debts.

The Deputy Minister observed that the visit, which would be a yearlong visit to hotels, ministries, night clubs, departments and agencies, would not only be held in Accra, but across the regions. “We have contacted our district managers to follow suit in their various regions, as well as districts,” he said.

Mr. Jinapor cautioned customers who were involved in illegal connections to stop, saying: “If you are doing illegal connections we are cautioning you to stop as it breaks the law and if found guilty, the law will deal with you,” he said. He, however, noted that the major problem of the ECG was money and advised customers to pay their bills on time.

Mr. Jinapor indicated that so far, three million Ghana cedis, has been refunded to more than 333,902 consumers who were over billed by the ECG. He assured customers of better services especially when ECG was overhauling its system.