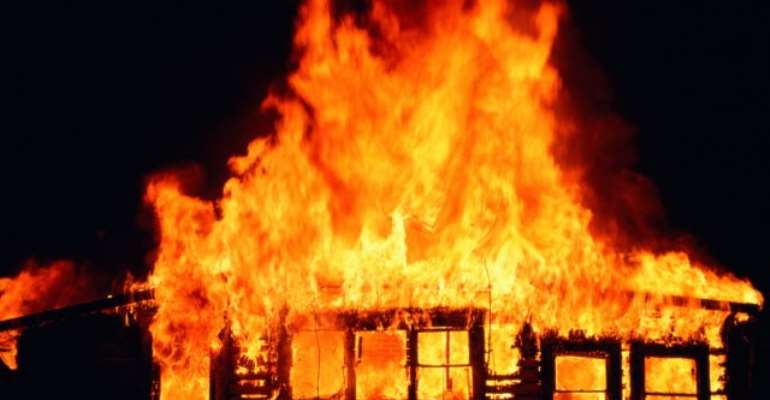 A fire that broke out on the night of Tuesday January 26, 2016 in a building at Techiman in the Brong Ahafo region, killed a set of triplets.

The children, aged three, died while their room caught fire at about 9.30pm, an eyewitness told Accra News Thursday January 28.

He said some persons living in the area were attracted to the screams of some women over a building on fire.

The eyewitness revealed that after initial efforts to open the shut door failed, rescuers kicked it open, entered the room, and quenched the fire with water.

But the children were found lying motionless, apparently losing their lives from inhaling the fumes, which had engulfed the room.

What's So Special About NAM1 That Akufo-Addo Is Shielding Hi...
28 minutes ago