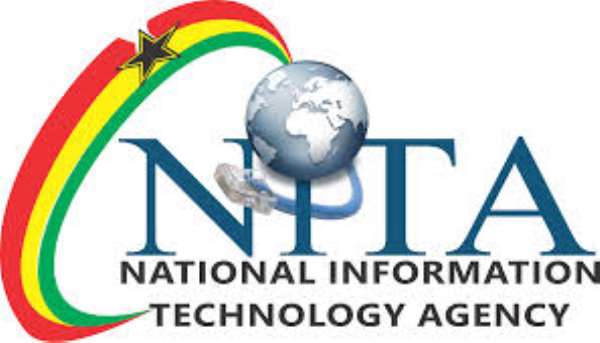 Accra, Jan. 27, GNA - The National Information Technology Agency (NITA) has officially announced the opening of the National Data Centre to private businesses for commercial use.

The benefits to be derived in using the facility included cost efficiency as compared to purchasing and hosting an in-house physical server, reliability in terms of uninterrupted power supply, relentless cooling and 24 hours security of data and equipment.

Other benefits included the fact that periodic maintenance would be done on the server, flexible customization of server specification, and upgrade as well as higher bandwidth at a low cost.

Dr Edward Omane Boamah, the Minister of Communications, who made this known at a breakfast meeting by NITA in Accra, said the State-of-the-Art tier three Centre infrastructure, was built by Government to facilitate efficient delivery of government services and use by private sector with the key objective of speeding up the uptake of Information and Communication Technology (ICT), and promoting local content in highly secured, available and resilient environment.

The primary national data centre, he said, is situated in Accra with a secondary replica in Kumasi, is currently being managed by the National Information Technology Agency (NITA) and its partners Alcatel and Huawei Technologies, Ghana.

Dr Boamah said with the Centre's ultra-modern facility, businesses could rent spaces to co-locate their servers and other computing hardware.

He said the Centre has installed first-rate facilities to safe guard all security and co-location needs. Worries over burglary or poor cleaning services were now a thing of the past and the Centre would also be declared as a security zone by the National Security to ensure utmost safety.

According to Dr Boamah, data would soon become the currency of the 21st century, considering the changing nature of the economy and that there was the need for a robust system to ensure that data was properly stored for use and for development.

Dr Boamah said government has already invested 300 million dollars into the establishment of the Centre and would remain committed to providing the enabling environment, but urged NITA to work hard to build the trust of the private sector towards embracing the objectives of the Centre.

He further called on private businesses to take advantage of the numerous benefits to be derived from the establishment of the Centre to ensure economic as well as sustainable growth in ICT for national development.

Mr Eric Akumiah, Project Manager, NITA, said the benefits to be derived using the facility include cost efficiency as compared to purchasing and hosting an in-house physical server, reliability in terms of uninterrupted power supply, relentless cooling and 24 hours security of data and equipment.

Other benefits, he said, were the fact that periodic maintenance would be done on the server, flexible customization of server specification and upgrade, as well as higher bandwidth at a low cost.

Mr Archur Zou, Director for Enterprise Business at Huawei Technologies, Ghana, thanked the Ministry of Communications for the partnership, and assured government of the Company's continuous support to the project as it goes commercial.

He said the National Data Center was of world class standard and their team of expertise was ever ready to work with all clientele who may require the services of the all important data centre.