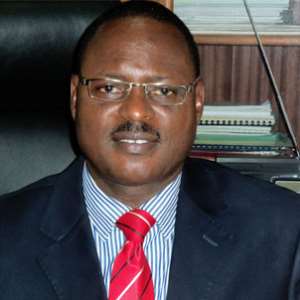 Kumasi, Jan. 27, GNA - Dr. Alexis Nang-Beifubah, Ashanti Regional Director of Health Services, has called on the public to remain calm amid reported cases of pneumococcal meningitis in some districts of the region.

Out of 17 suspected cases of the disease, nine had proved to be positive, but he said that did not suggest an epidemic outbreak.

Addressing a quarterly media briefing in Kumasi, he said the health authorities had strengthened the surveillance system and put in place adequate measures to contain the spread.

He confirmed that there had so far been six deaths and mentioned the districts where there had been isolated cases as the Offinso Municipality, Adansi North, Ahafo-Ano South, Atwima-Nwabiagya, Ejisu-Juaben Municipality, Kumasi Metropolis, Afigya-Kwabre, Offinso North and Adansi South.

The Regional Health Director appealed to the media not to put out any false information likely to heighten fear and cause panic among the population.

He mentioned the risk factors as the dry weather conditions and said this often caused irritation in the nose and the throat, forcing people to scratch the affected areas resulting in cuts that could allow the transmission of the meningococcus bacteria into the blood stream to infect the meninges.

This would lead to inflammation of the protective membranes covering the brain and the spinal cord, he added.

He stated that people with low immune system also stood the risk of contracting the disease.

Dr. Boateng identified some of the symptoms of the disease as high fever, nausea and vomiting, severe headache, stiffness and pain in the neck, shoulders and back, confusion and drowsiness, convulsion and fatigue.

He spoke of the need to reduce overcrowding, maintain hydration by drinking more water, observing proper coughing and sneezing practices as well as regular hand washing to prevent infection.