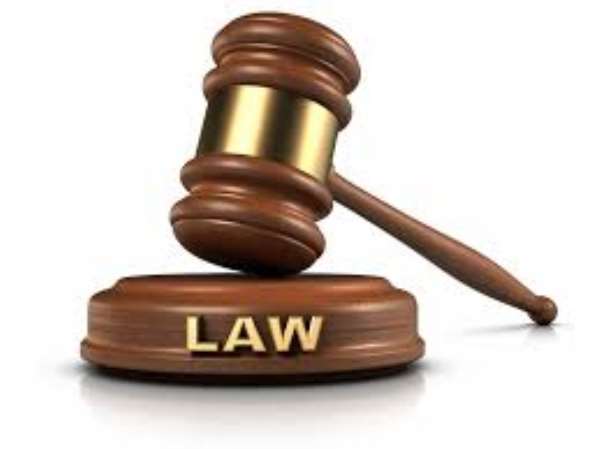 Salisu Mohammed and Kweku Smith were said to have conspired and robbed three people of various items including an unspecified amount of monies.

They both pleaded not guilty to both charges but were remanded by the Court to re-appear on January 28 for trial.

Deputy Superintendent of Police (DSP) Kweku Bampah told the Court that the complainants in the case are Ibrahim Mohhamed Husein, Lo Wai Tsin, a Hong Kong National and Husein Salem Shardow who are family members living in the same house.

He said on September 9, 2015, at about 2200 hours, Ibrahim who was on board his Kia Sportage vehicle was returning from work to his residence at Sowutuom.

He said upon reaching the entrance of the house, he opened the main gate and when he was about to close it, five men who were heavily armed with pistols and pump action guns suddenly pounced on him and subjected him to beatings.

DSP Bampah said after that they forced him to send them to his apartment, to which he obliged and his family including his wife and son were held hostage and also subjected to severe beatings.

The accused persons and accomplices robbed the family of items including a Levono Laptop, a Samsung, 6 mobile phones, RMB 6,000 (Hong Kong currency), a Kia Sportage car worth GHâ‚µ40,000.00, a wedding ring worth US$4,000, a ladies Morgan watch, an iPhone, two basketball caps, a Titus watch and a play station.

The prosecution told the Court that the case was reported to the police and on September 6, one of the robber's rang Ibrahim on his new cell phone demanding the password or code to his various phones.

The complainant immediately alerted the police, and investigations into the number which called, led to the arrest of the accused persons who were later on identified by Ibrahim as being part of the robbers who attacked them.