Ghana Oil import Goes Down By $1.5b 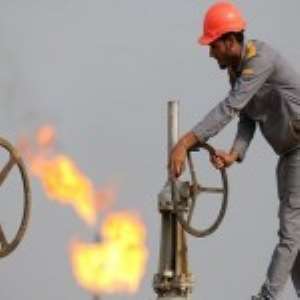 The cut in oil imports bill, which is expected to produce a sense of relief in the domestic market and compensate for the loss in government’s oil revenue, happened at a time demand for fuel had risen sharply due to the energy crisis – forcing many businesses and homes to rely on generator sets for power.

Figures from the Bank of Ghana show that last year Ghana imported a little above $2 billion worth of oil, which includes crude oil, gas and refined products into the country as against more than US$3.54 billion the previous year.

The savings made on oil imports is thus almost two times more than the ₵2.7 billion at an exchange rate of ₵3.8 oil revenue the country is estimated by the Finance Minister to have lost from crude oil exports in 2015 following the dramatic drop in crude oil prices.

Some economists posit that the spending on crude oil also helped in stabilising the cedi – which depreciated 15.7 percent in 2015 – as it relieved pressure arising from import finance demands on the local currency.

.
Since December 2014, the cost of Brent crude, the benchmark for more than half the world’s oil, has consistently dropped – from $62.4 a barrel on the international market to $38.9 a barrel at the end of December last year – as oil producing countries effectively threw away production limits to protect their market share.

However, Ghanaian consumers are livid that at ₵3.499 a litre for premium fuel (petrol), it is sold at the same price as when crude oil traded at $115 a barrel – due to the introduction of additional taxes on petroleum products since January 2 this year.

Workers, through organised labour in particular, have met the increase in fuel prices with street demonstrations to force government to scrap the recently introduced energy levies in order to force a reduction in fuel cost – an action government has rebuffed to protect its reliable revenue stream.

The Finance Minister has reiterated that the crash in crude oil prices has had a major shock to the economy, as government has had to revise its revenue targets downward and cut its budget spending by ₵1.5 billion.

Currently, concerns are rife in the corridors of policymakers that slowing economic growth, crude oil supply glut, increases in global inventories, and the prospective impact of Iranian crude oil entering the market will continue to keep crude oil prices1 relatively low – heightening the fears of government over revenue shortfalls.