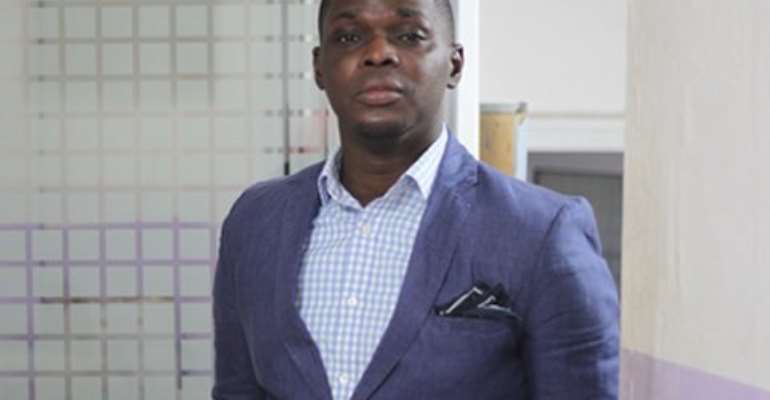 The A-G is unhappy with comments made by Kojo Yankson quoting her as saying she was not involved in discussions leading to government's decision to accept two Gitmo detainees in Ghana.

“I am, therefore, humbly requesting the National Media Commission to direct Kojo Yankson and the Multimedia Group Limited to apologise and retract the false statements they have made and give an undertaking not to repeat the words complained of,” the A-G said in her complaint to the Commission.

Mrs Appiah-Opong told the NMC that on January 12, 2016 “a gentleman walked up to me and asked me about the specific law under which the Government of Ghana was keeping the two detainees of the US government from the Naval Station at Guantanamo Bay in Cuba”.

The A-G said her response was that Mr Yankson should “speak to the Minister of Foreign Affairs and Regional Integration on the matter”.

She insists Mr Yankson neither introduced himself nor indicate that he was the host of the Super Morning Show.

According to her, she learned of Kojo Yankson’s identity subsequently.

She said during the January 13, 2016, edition of the morning show Kojo Yankson attributed words which were misleading and calculated to mislead the public.

These were the words the A-G alleges Mr Yankson said on the show:

“I just want to share a piece of information from yesterday. Actually, I have been thinking about whether to share but I think I should because it wasn’t given to me in confidence. I walked up to the Attorney-General and asked her this same question: Under what law can we stop these two individuals if they decide that at any point they want to live elsewhere and are leaving before the two years is up?

“She told me that she was not involved in these arrangements and that if I wanted to know, I ought to speak to the Ministry of Foreign Affairs that dealt with this matter.

“She, the Attorney-General, the lawyer of government, was not involved in the arrangements. I mean I wasn’t speaking to her off record, so I feel absolutely fine sharing that the A-G of Ghana was not involved,” the A-G quoted Mr Yankson as saying on the show.

Mrs Appiah-Opong said when her attention was drawn to the broadcast and publication by Mr Yankson she quickly informed the Minister of Communications, Dr Edward Omane Boamah, who was contributing to the discussion on Joy FM Super Morning Show by mobile phone, that she never told Mr Yankson that she was not involved in the arrangements relating to the two Guantanamo detainees.

She said when the message was communicated to Mr Yankson, he responded by saying: “I have got to state that it is important from what you said that the Attorney-General apparently is denying having spoken to me and told me that she wasn’t involved in the decision.”

“I cannot and have not denied that Kojo Yankson spoke to me after the press conference. However, I never said to him that I was not involved in the arrangement relating to the two detainees, as broadcasted by him and Multimedia Group Limited,” the A-G said.

Mr Yankson has been written to by the NMC in respect of the A-G's petition.

The petition, filed by his lawyers, claimed that, "There has been a consistent unethical and unprofessional reportage by Joy FM and Myjoyonline relating to issues concerning Mr. Kwabena Agyei Agyepong since he became the General Secretary of the New Patriotic Party."

His claims were wholly rejected in a response to the NMC which is yet give its ruling.