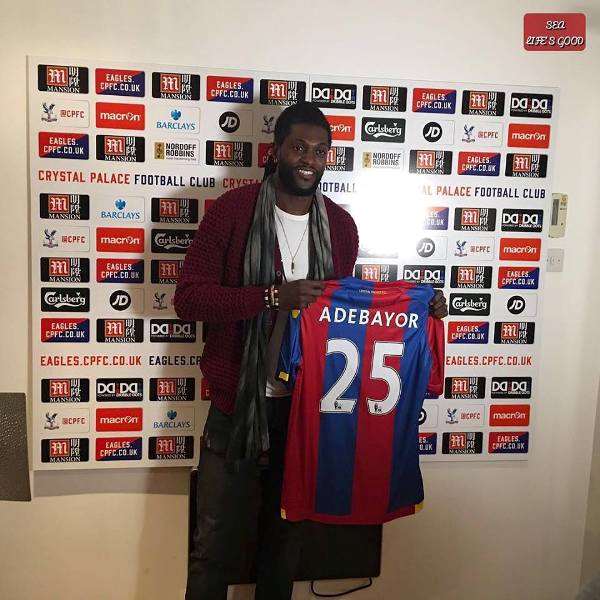 Premiership side Crystal Palace have confirmed the signing of former Arsenal and Tottenham Hotspurs deadly center forward Emmanuel Sheyi Adebayor until the end of the season.

SEA, I am pleased to announce that I have joined @official_cpfc on this day. Feeling very excited to be back and play in the EPL again,” Adebayor wrote on his facebook page after signing for the Eagles.

Adebayor, 31, reached an agreement with Tottenham to terminate his contract in September, 2015.

The former Togo captain who led the Hawks to its first ever and the only FIFA World Cup appearance in Germany, 2006 has played for Premiership clubs such as Arsenal, Totteham Hotspurs, and Manchester City.

Emmanuel Adebayor also played for Spanish giant Real Madrid on loan in 2011 where he scored five goals in fourteen appearances.

I don’t know him – Afoko denies knowledge of prosecution wit...
48 minutes ago