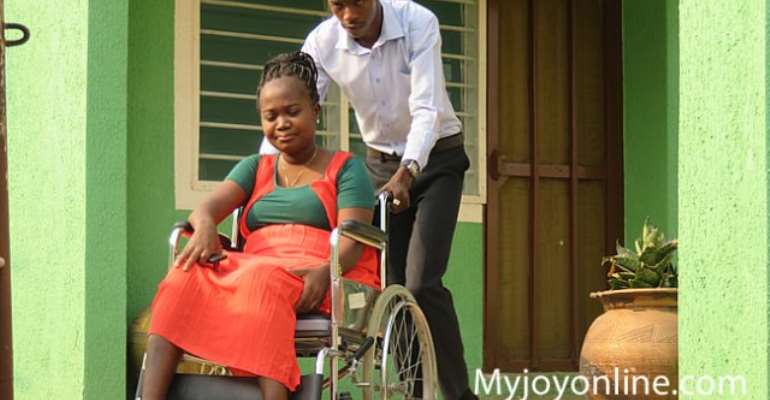 The husband and prime suspect in the heart wrenching story of a woman who was shot in her matrimonial bed and left paralysed has been granted bail.

Effort Dankwa was granted a È»20,000 bail by a court in Tema with two sureties, one to be justified.

Dankwa has been charged with the attempted murder of his wife, Benita Dankwa, who was at the time of the attack, seven months pregnant.

Joy News' Manasseh Azure Awuni who investigated the case reported that the victim went to bed with her husband in August 2015 but woke up shot in the chest in what was clearly a case of an attempted murder.

Police report indicate there was no break or any evidence of armed robbery attack. The motive for the attack is yet to be ascertained.

She has developed bed sores because of the long hours in bed.

Her husband who she had been staying with for four years has now abandoned her. Benita's mother is now changing the diapers of her daughter as well as that of her grand daughter.

Effort Dankwa was arrested in the heat of the incident but was only cautioned and released. The case grew cold for five months with no arrests.

Last Friday the police announced it had rearrested the prime suspect in the incident after gathering fresh evidence and was sending him to court.

The suspect was granted bail, Tuesday.
Lawyer and criminologist Prof Ken Attafuah told Joy News nothing inappropriate has been done in granting the suspect bail.

He said attempted murder cases do not fall under the category of non-bailable crimes.

He said the suspect is entitled to bail if it can be proven that he will not interfere with investigations.

Prof Attafuah also conceded the charge of attempted murder came a bit late but was hopeful the police will be able to get the bottom of the matter.