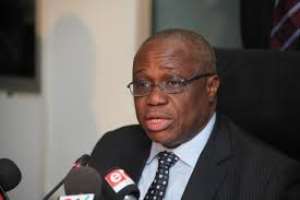 The Monetary Policy Committee (MPC) of the Bank of Ghana ( ) has decided against further hiking the policy rate, thus maintaining it at 26 percent.

The decision to maintain the policy rate at 26 percent, according to the Chairman of the MPC, Dr. Henry Kofi Wampah, who is also the Governor of the Central Bank was necessitated by the balance that exists between the risks of inflation and growth.

In assessing the economic conditions, stated Dr. Wampah, the MPC noted that the policy tightening in September and November meetings took into account the expected increases in utility prices and normalization of monetary policy in the US and that the transmission of these impulses are still working through the system.

The MPC, therefore, saw the risks to inflation and growth as balanced and decided to maintain the monetary policy rate at 26 percent, which was announced by Dr. Wampah yesterday, at a news conference, following the MPC's 68th regulatory meeting.

Last year, the policy rate was raised from 25 to 26 percent by the MPC to check inflation from drifting away from the target band as inflation outlook was on the upside with a likelihood of a further drop from the medium target of 8±2 percent.

The latest release by the Ghana Statistical Service (GSS) put inflation figures at 17.6 and 17.4 percent in November and October respectively.

These figures, according to Dr. Wampah, mean some moderation in price movements over the previous month, adding that the slow pace of these inflationary figures reflect the tight monetary policy stance and the ongoing fiscal consolidation, as latest BOG survey showed that inflation expectations have broadly moderated.

He said core inflation, that is, Consumer Price Index (CPI) excluding energy and utility prices which reflects underlying inflation has continued to rise albeit at a slower pace.

Also, BOG's Composite Index of Economic Activity (CIEA) for November 2015 indicated a slower pace of growth compared to the same period in 2014 but, in the medium term growth, conditions are expected to recover, supported by a general improvement in macroeconomic environment.

Fiscal consolidation on Track
On fiscal consolidation, Dr. Wampah observed: it “remains on track”, saying for the first eleven months of the year 2015, the budget recorded a cash deficit of 5.6 percent of Gross Domestic Product (GDP) against a target of 6.8 percent.

He said sustaining the fiscal consolidation efforts would complement the tight monetary policy stance for the attainment of the medium term inflation target. “This would, in turn help create conditions for long term sustainable growth.

Since the last MPC meeting, stated Dr. Wampah, the foreign exchange market has been relatively stable “supported by the tight monetary and fiscal policy stance, inflows from donors, the pre-export finance facility for cocoa and proceeds from the Eurobond issued.

“In 2015, the Ghana cedi had depreciated by 15.7 percent compared with 31.3 percent recorded in 2014…maintaining the tight policy stance, smoothening the supply of foreign exchange and enforcing the repatriation of export proceeds into the banking system in line with the Foreign Exchange Act are expected to moderate the seasonal volatilities, usually experienced in the first half of the year,” he said.

These risks, which were driven mainly by slower growth prospects in China and other emerging market economies, according to him, present threats to the balance of payments and fiscal outlook and that the outlook for the commodities market showed that prices are “unlikely to recover in the near term.”

He, however, assured that the MPC would stand by its price stability mandate and would continue to monitor developments in the economy and take appropriate actions if necessary.