Gbagbo trial: What we know 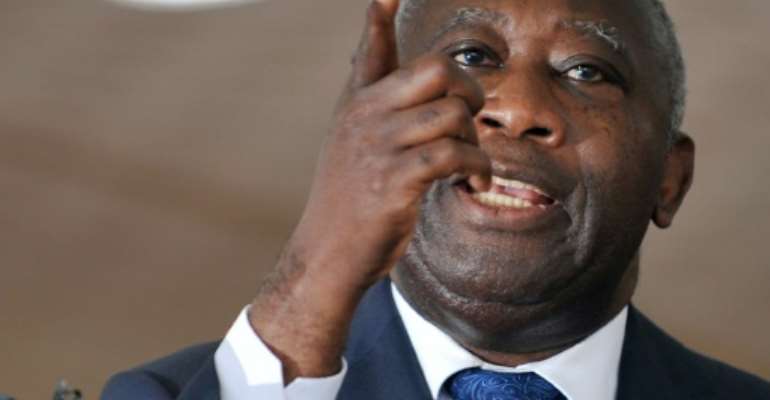 The Hague (AFP) - Former Ivory Coast president Laurent Gbagbo will finally step into the dock on Thursday to face four charges of crimes against humanity in the wake of deadly post-election violence five years ago.

He is the first ex-head of state to go on trial at the International Criminal Court. Here are five questions about the ICC, the hearing and the procedures.

Q: Who are the main players?

A: Three judges will hear the trial of Gbagbo and his co-accused Charles Ble Goude, which is likely to last three to four years. The presiding judge is Italian, Cuno Tarfusser, who will be backed by Olga Herrera Carbuccia, from the Dominican Republic, and Geoffrey Henderson from Trinidad.

The prosecution is led by Fatou Bensouda, who will likely be represented most of the time in the courtroom by Canadian Eric MacDonald.

The court has agreed that 726 victims of the five months of unrest -- which played out from late 2010 to spring 2011 when Gbagbo refused to concede electoral defeat to his rival Alassane Ouattara -- can be legally represented during the trial. If the men are found guilty they could be eligible for compensation.

Q: What is the court's procedure?

A: The ICC is the world's only permanent war crimes court, and its rules are laid out in the Rome Statute adopted by its founding members, which entered into force on July 1, 2002.

After opening arguments by the prosecution, the legal team for the victims and the defence on Thursday and Friday, Bensouda's team will start laying out its case from February 1.

The prosecution says it has 5,300 elements of evidence, including 300 videos, to bring against Gbagbo and his co-accused. Some 138 witnesses are also prepared to give evidence, though not all will be called.

After the closing arguments, the judges will retire to consider their verdict which could take several months. If the two men are found guilty, a sentencing hearing will be convened. Judges can pass jail terms going up to 30 years or more for "very serious" offences.

Q: What is the state of Gbagbo's health?

A: The ageing former leader is now 70 years old, and his health has been the source of speculation and debate.

Judges ruled in November that he is fit to stand trial, after hearing reports from three medical experts. They determined that he no longer suffers from post-traumatic stress disorder.

However, some experts said Gbagbo tires easily. Judges refused a defence request to only sit four afternoons a week, but said the registrar must ensure "the necessary facilities" are in place to allow him to rest during court sessions, or to leave the court-room briefly as needed.

Q: Who can see the trial?

A: There is a public gallery in the court building, which has 75 seats. There are also cameras which show the hearings on the court's website with a 30-minute delay in French and English.

The delay was notably brought in to protect witnesses, and means a name for example can be struck out to avoid identifying someone by accident.

The ICC is also trying to organise places to follow the hearings in the Ivory Coast.

A: Gbagbo's trial will be the first to open in the ICC's new permanent home which it moved into in December. The modern glass-fronted building is nestled in the dunes of Scheveningen, a seaside district to the west of the Dutch city of The Hague.

It is only steps from the jail where other ICC defendants are held, making it easy to move them and is protected by a series of design measures including armoured-glass revolving doors, and a deep moat which skirts the building, but cannot be seen from the road.

Extensive measures have also been built into the court to protect the witnesses, with separate entrances which hide them completely from public view.