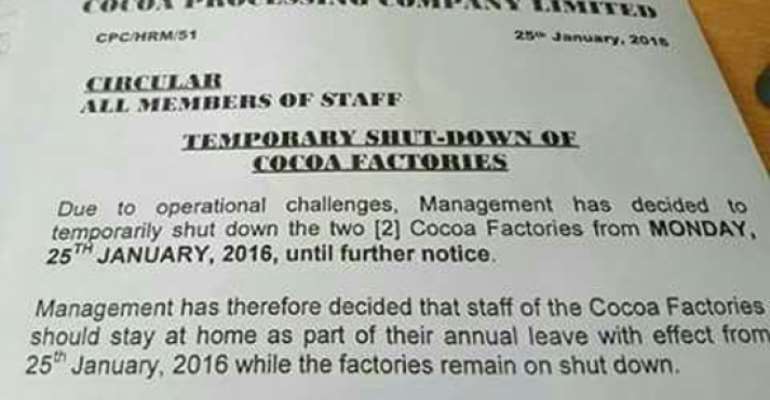 Cocoa Processing Company (CPC) Limited has temporally shut down its two cocoa processing plants due to what it describes as operational challenges.

Management has therefore directed that all staff of the company should stay at home as part of their annual leave with effect from January 25, 2016 whiles the factory remains shut down.

This was contained is a circular dated January 25, 2016 addressed to members of staff.

The issue of shut down is not new to the company. In the 2011/2012 operational year, the company shut down for a while due to interruptions in water and electricity supply which is it said continued to pose huge challenges to its operations.