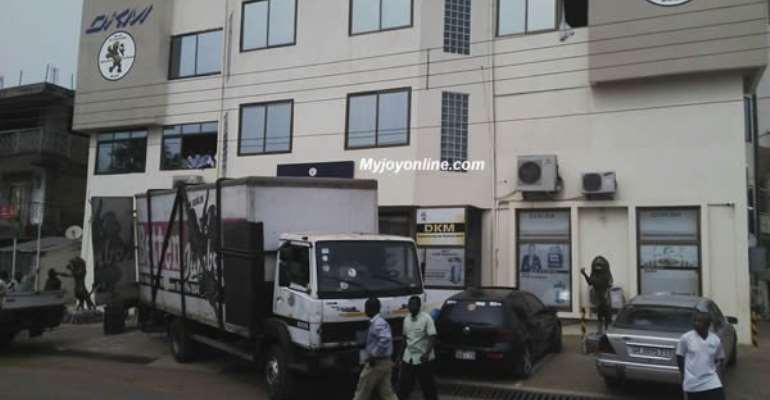 A lawyer for several duped clients of DKM Microfinance Foster Asante says there are more assets to be confiscated following a rush to get court orders to sell the company’s properties.

Foster’s client who lost GHC20,000, went to a District court in the Brong Ahafo regional capital, Sunyani where he obtained judgement to back his claim for DKM properties.

He managed to load off ‘a lot of furniture’ and is hoping to sell them to defray his client’s debt. He believes DKM has several assets up for grabs for many other clients eager to join the scramble.

“There is still hope for the other clients” he said.

In what has become a clear case of a Ponzi scheme, DKM promised to pay outrageously high interest for deposits but failed to not only live up to this pledge but also squandered deposits on the managers' personal businesses.

Several angry clients have rushed to court to obtain orders to sell of company properties.

The assets are to be sent to the court registrar where a valuer will determine its worth after which it will be auctioned. The proceeds will go to the clients.

The resort to court orders has triggered a scramble for company assets.

Joy News’ Precious Semevor reported everything movable in the headquarters in Sunyani has been carted off.

The raid is not exclusively at the headquarters building. In the Upper East regional capital, Wa, another raid on the company’s office went on.

“Give me one of the flat screens’ a client whose GHC500 remained with the struggling microfinance company demanded. He said he is confident he can make a profit on the sale of the TV because the “television cost more than my money”.

With no lawyer to fight for his share, a teacher in Wa, Naabu, feels all hope to get his GHC4,500 is lost.

“I don’t think some of us can get our money….the future is very bleak for us” he lamented.

He is disappointed at Bank of Ghana for leaving them worse off since the regulator intervened in microfinance crisis.

Census: People suspect us to be armed robbers, some attack u...
38 minutes ago