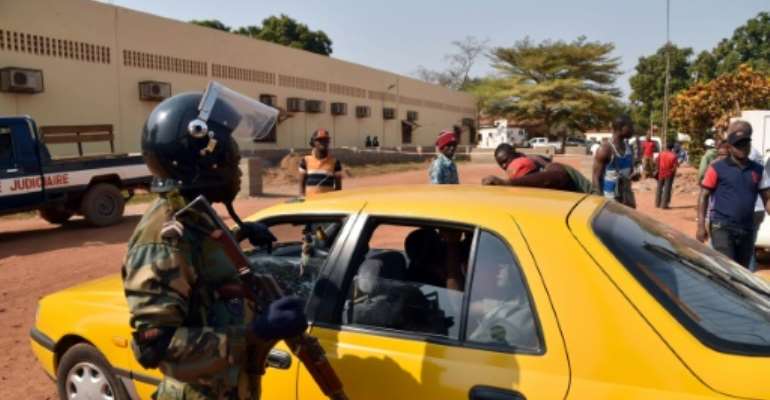 A Central African Republic police officer talks with a taxi driver outside a vote-counting centre for the presidential and parliamentary elections on January 2, 2016 in Bangui. By Issouf Sanogo (AFP/File)

The December 30 vote, which along with a presidential vote was expected to turn a page on the restive country's worst sectarian violence, was marred by "numerous irregularities and the involvement of candidates in them," the court president Zacharie Ndoumba said.