Golden Star Resources Must Be Punished! 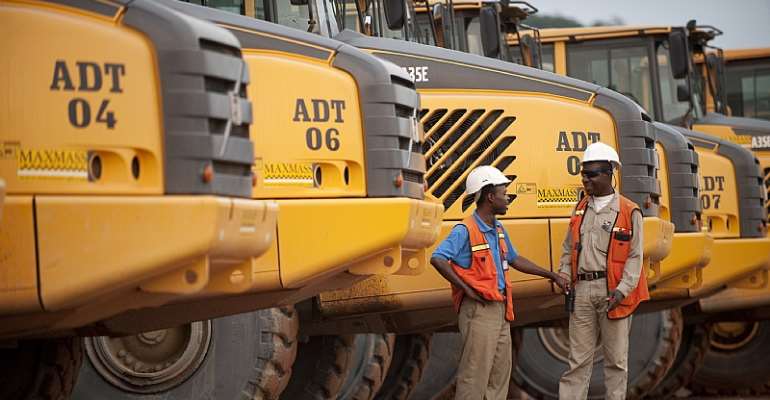 Last week Friday, this paper reported that a Tarkwa-Prestea-based alleged galamsey operator had dragged Golden Star Wassa Limited (GSWL), a mining conglomerate operating in the Tarkwa District, to court for allegedly refusing to pay an amount of US$1.6 million, being the cost of gold tailings supplied to it.

Paul Willisey Company Limited is praying the court to recover the US$1.6 million and interest on the money from November 20, 2015 to date, and any other cost the court deems payable.

The mining giant, on July 1, 2014, reportedly entered into a business agreement with Paul Willisey Company Limited to supply it with 626 trucks of gold tailings, estimated at a cost of US$1.6 million, for its operations.

Gold tailing, per mining terms, is the sand that has already been processed by illegal miners or galamsey operators to extract the precious mineral. Investigations conducted by The Chronicle indicate that Paul Willisey Company Limited was to supply the mining giant gold tailings by truck, with a minimum cut-off grade of 4.00g/t at its operational site.

According to the agreement, a copy of which is in the possession of The Chronicle, 'the Mine Geology and Mettallurgy team of GSWL shall conduct a comprehensive deep auger drilling and regolith mapping on the gold tailings to establish the true source and average grade before it is accepted.'

The mining giant shall not accept any tailing that does not meet the minimum cut-off grade of 4.00g/t, the paper gathered. Also, 'the mine Geology team of Golden Star shall also confirm or deny any tailing brought to its operational site if the actual grade has been diluted.'

To cut a long story short, Paul Willisey has gone to court because Golden Star, after accepting the products, is dragging its feet on payment. A couple of months ago, Okogyeman Kwaku Gyamprah III, Omanhene (Paramount Chief) of Chirano in the Western Region, accused multi-national mining companies operating in Ghana of promoting pollution of water bodies and degradation of forest lands through illegal mining operations.

According to the Chief, whose story was carried as a front page banner by The Chronicle, though these mining giants were not directly involved in illegal mining, popularly known as galamsey, they benefit from it through the buying of gold tailings from the galamsey operators.

It is believed that because the galamsey operators are not using sophisticated machines, they are unable to extract all the gold from the sand. The mining giants, therefore, go in to buy the leftovers and reprocess them to extract more gold.

But when The Chronicle published the Omanhene's accusation, the Chamber of Mines through its Public Relations Department came out strongly to deny that mining companies were buying gold tailings. The cat is, however, out of the bag, now that it has been confirmed that Golden Star is deeply involved in the 'crime.'

On Saturday last week, The Ghanaian Times quoted officials of Ghana Water Company Limited as having complained bitterly about the pollution of the Pra River through illegal mining activities, resulting in the reduction of water supply to the Sekondi-Takoradi Metropolis.

The galamsey operations have put the entire nation in danger, yet a properly registered mining company with huge international reputations is indirectly promoting the pollution of our water bodies, destruction of our forest cover and the environment as a whole, with careless abandon.

The Chronicle does not believe the license granted to Golden Star Resources by the Minerals Commission permits the Canadian-owned company to buy tailings from galamsey operators, yet this is what the company was secretly doing until the exposé by The Chronicle.

We are, therefore, calling on the Ministries of Environment, Science and Technology and that of Land and Natural Resources to investigate Golden Star, and if found culpable, punished according to the laws of the land. Buying tailings from illegal miners is certainly an abominable act which must not go unpunished. The Chronicle will keenly follow this story to see how officialdom would be handling it.