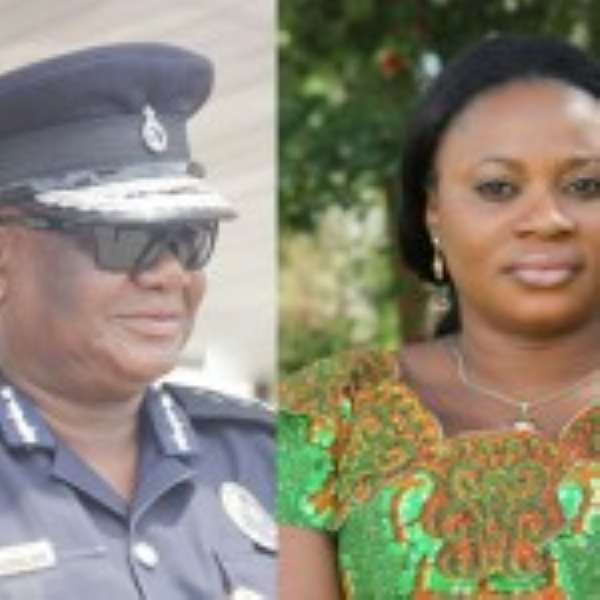 My heart is heavy today. I'm saddened by the demise of Solomon Sampah, one of the most versatile actors ever to grace the shores of this country. He embarked on the journey to Samanfoland last Friday at the age of 70.

Paa Solo, as some of us affectionately called him, was a very good friend. Despite the age difference, he treated me like a co-equal. One unmistakable characteristic of his was honesty. He was a man one could trust and confide in. It's sad to note that this column has lost an avid reader; and even sadder to note that a man with such a good heart has left us.

Abusuapanin, trust is very key in every human relationship. Whether friendship, family relationship, business or personal partnership, the bonding process is built on trust. Without trust, the relationship is doomed to fail.

This being an election year, two institutions of state that need the trust of the citizenry are the Police and Electoral Commission (EC). The Police, with help of the Armed Forces and other security agencies, have the responsibility of maintaining law and order without fear or favour. The EC is also expected to be an impartial referee in the upcoming electoral contest.

The question, therefore, to ask is; do Ghanaians trust these two institutions? In other words, can the heads of these two important bodies be trusted to be impartial? A careful study of their previous professional actions would give us a clue as to whether they would be impartial or not.

I honestly want to trust John Kudalor's pronouncement that party vigilante groups would not be tolerated in this year's election. But his previous conduct and that of the police service in general, makes it difficult for me to do so. Was he not a member of the police leadership when the Agbogbloshie massacre took place in August 2009? What did he do to help apprehend the matchete-wielding Taliban Boys who butchered four young men to death in broad daylight? Nothing, absolutely, nothing!

The Chief Jihadist from Akwatia rode on the back of violence to become a Member of Parliament. The Jihadists vandalized properties and beat innocent persons in the full glare of the police. Did they not walk free because they wore umbrella embossed shirts?

We woke up one morning in 2009 to be greeted by the news of a guerilla training centre in the northern part of the country. We saw pictures of recruits wielding G3s and AK47s. The son of a Zu-za regional chairman was said to be among the recruits caught on camera. (Refer to the September 7, 2009 edition of the Daily Guide, if you doubt me.) Did Kudalor and his ilk not read or hear of the guerillas?

.
The Chereponi shooting saga also comes to mind. Despite being caught on camera, the so-called BNI operative who shot at a crowd of Osono sympathizers is still walking a free man because of his links to the corridors of power. For the umpteenth time the police say they are still investigating.

The Atiwa brutalities and the Talensi violence cannot pass without mention. That a minister of interior could be so callous to subscribe to the violence-begets-violence principle is ample testimony that our police would do anything to protect criminals who work for their political masters.

The last straw was when, as Director of Operations during the ill-fated ''Let My Vote Count” demonstration, Kudalor justified the police brutality on demonstrators. Overseeing a demonstration which went sour is bad enough; but gleefully justifying the unprovoked police brutality that led to the loss of a citizen's eye is simply unpardonable.

Indeed, I would only begin to have an iota of trust in Kudalor and his charges if they apprehended the BNI operative, the Jihadists, the Guerillas and the Taliban Boys. But we all know that is only a mirage, don't we?

As for Madam Charlotte, I trust her as much as I trust a cat with my fish. When I said the formation of the five-man committee was a Kwaku Ananse antics, many doubted me. Did my prediction not come to pass? Again, did the deliberate manufacturing of double registration figures for the Ashanti Region on Newsfile not expose her?

Granted the 200,000 figure she mentioned was a mistake. Isn't it surprising that she singled out Ashanti Region out of the ten regions in the country? Was it to create a certain impression in the minds of the populace? Certainly, I smell mischief!

I trust Kudalor and Charlotte to be impartial just as I trust Adolf Hitler to be a saint. I'm not politically correct so I will not shy away from commenting on the poisonous seeds the two institutions are sowing. I therefore expect the opposition parties, especially Osono, to “shine their eyes”; for the price of victory is vigilance.