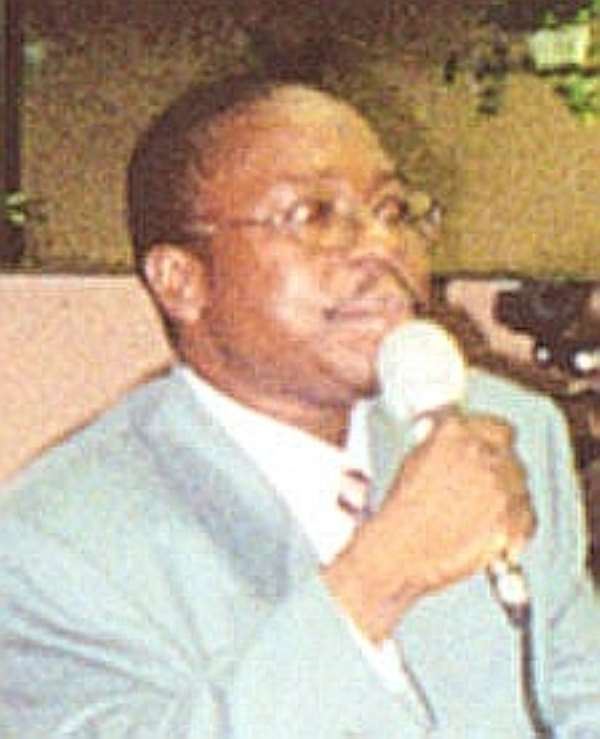 He called the situation "moneycracy" and said he was not going to be part of that game, hence his decision to go solo.

He, however, maintained that he is still a member of the NPP and asked the electorate to retain him power on December 7, so he could continue with project he had started.

Dr Boakye made the allegation at a Parliamentary Candidates forum organised by the Ghana Centre for Democratic Development (CDD), Ghana for the New-Abirim Constituency in the Abirim North District of the Eastern Region.

Apart from EGLE Party candidate, Godfred Dodzi, all the other contestants for the constituency seat attended the forum. They are Mr Yaw Adjei Frimpong of the National Democratic Congress, Madam Esther Oppong Dapaah of the NPP and Mr Francis Esiam of the People's National Convention (PNC).

Dr Kwesi Aning of the African Security Dialogue and Research and Dr Nicholas Amposah of the Political Science Department of the University of Ghana moderated the forum.

The forum formed part the CDD's support programme for Election 2004 to provide the candidates a common platform to articulate their programmes to the electorate to enable them to make informed choice of who should represent them in Parliament.

Dr Boakye said he had acquired experience in the last Parliament and asked the people to retain him, adding that frequent changes in the political leadership had not done the Constituency any good in terms of development.

He cited the tarring of the Abirim-Nkawkaw road, sinking of boreholes in 50 communities and the completion of works on the Abirim Secondary School as some of his achievements.

Dr Boakye promised to deal with poverty by encouraging the cultivation of early yielding food crops and diversifying agriculture. Madam Oppong Dapaah, the NPP candidate promised to establish a scholarship scheme for brilliant but needy children and also to push for the rights of the disabled.

She called on women to rally behind her and give her the mandate to Parliament.

She debunked allegations that an amount of 1.5 million cedis was given to each of the 60 delegates to buy their votes. The PNC candidate, Mr Essiem asked the people to vote for him to complete the "unfinished agenda" of the Late President Hilla Limann and his People's National Party.

Mr Esiem described Dr Mahama, Leader of the Grand Coalition, as someone who held a vision to bring development to the Constituency. Mr Adjei Frimpong of the NDC mentioned the provision of educational infrastructure; equipping the youth with skills and tourism promotion in the Constituency would be his priority when elected.