Ghana Is Suffering A Major Trauma 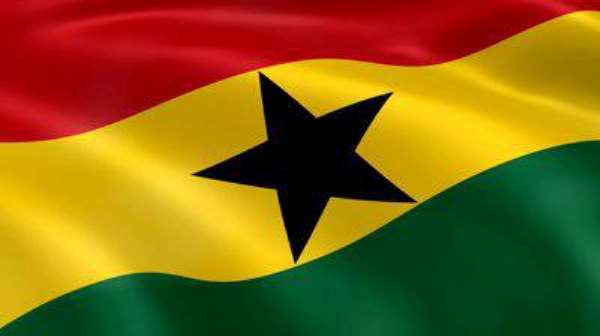 Ghana, my beloved country, is in a state of major trauma. For the past few years, Ghana has suffered intentional socio-economic violent attacks masterminded and spearheaded by her political leaders.

To bring the country back to her normal self, she will need specialized persons who have the expertise to rid her of the problems that have catapulted her into her current traumatic comatose.

What is trauma? Trauma as used in this publication is (a) severe injury, usually caused by a violent attack or an accident.

Before proceeding further with what I have to share with fellow Ghanaians today, I shall plead with the reading public to be very objective, disabusing their minds of obvious partisanships and biases which to some, may look innocuous but are in fact poisonous for the collective well-being of Ghanaians.

Let us first familiarise ourselves with the following analogy that may throw light onto the message I have for you as a discerning and a responsible Ghanaian today. A woman left her daughter in the care of her friend that she trusted most. She decided to spend a week away with her work colleagues abroad. Knowing her friend very well, she had no second thoughts about the possibility of her friend maltreating her daughter while she was away.

She returned only to discover that her daughter has been admitted to the intensive care of the local hospital the day before. The daughter had suffered major trauma and was in a coma. From the mother’s inquiries, it was established that her friend had been mistreating and starving her. Little did she know that her best friend could do that to her daughter?

Now, do you think if the child recovers from her illness the mother will ever leave her again with this friend of hers? If you were the mother, would you ever again ask your daughter to stay with the same friend even for hours let alone, for a week?

Coming back to the main issue for this write-up, all Ghanaians will bear me out that Ghana was correctly or wrongly entrusted into the management care of President John Dramani Mahama and his NDC party in 2013 after the 7th December 2012 general elections which results were questionably confirmed by the Atuguba’s 9-member Supreme Court panel.

President Mahama like the best friend in the story above has by his policies, actions and inactions, thrown Ghana into a socio-economic abyss, in which case I shall prefer to say, into a major trauma. The country has suffered years of power outages or load shedding, collapse of small, medium and large scale industries, seen unprecedented increase in joblessness across all the age groups of the Ghanaian citizenry and an extremely killer price hikes in utility bills and petroleum products with absurd unannounced increases in transport fares and food products.

Financially, about 99.5% of the home population are out of pocket. They can hardly make ends meet let alone, save money for precautionary motives, thus, against unforeseen future eventualities like sicknesses, deaths, etc., in their family.

The hardships facing Ghana today have been brought about as a direct result of the deliberate acts of incompetence, corruption, tribalism in the appointment of people to responsible positions in Ghana where they are selected not on merit but on pure tribal basis and lack of foresight on the part of the President and his government.

Will you vote to maintain him and his government in power if they came to canvass for NDC this year? If you will, then you are NOT like the woman who after leaving her daughter with the best friend came to find her in major trauma and VOWED NEVER again to entrust her daughter in the care of that same friend.

I hope you will turn your back to them if you would rather not give them a kick in the teeth. Until we learn to learn bitter lessons from our experiences, Ghanaian politicians will always take us for fools, allegedly saying, “Ghanaians for a short memory”. With us having a short memory, which in fact to them is Ghanaians are inhibited persons; they will always take us for big fools. They will maltreat us with impunity.

As any person in a major trauma surely requires specialized doctors and machines to treat them, so should a country in major economic stress. Are Ghanaians able to meet their crazy price hikes in utility bills, transport fares, food products and petroleum products all brought about by the official thievery in perpetration by President Mahama and his government? NO!!!!!!!!!!

Subsequently, we need a change of government to bring in the incorruptible, competent, dynamic and dedicated servant, Nana Addo Dankwah Akufo-Addo, the God’s anointed one who holds the key to unlock the gates of prosperity to shower blessings of justice and peace upon Ghanaians through the ever plentiful mercies of God Almighty. Amen!