Sachet water prices to go up this week 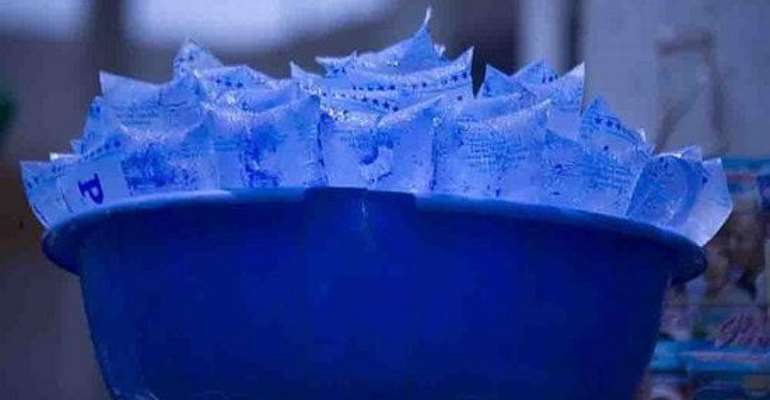 Sachet-water producers in the country are set to increase the prices of their products on the market this week due to the recent utility and fuel price hikes.

According to President of the Association of Sachet and Packaged Water Producers, Magnus Nunoo, business is being badly affected since electricity, water and fuel are the key cost components of their operations.

The Public Regulatory Commission (PURC) in December last year increased electricity and water tariffs by 59.2% and 67.2 % respectively, while a 27 percent tax was slapped on petroleum products.

“Sadly, the figures that are out and the actual rates that we are being charged are different. The figures out there suggest that there has been an increment of 67.2 percent, but what we pay for bottled water now is 400 percent, and almost 200 percent for sachet water”, Mr Nunoo, who is also Chief Executive Officer of Mobile Water, said.

This situation, according to the Association's head, has become so burdensome that they have no option than to increase prices of purified water in order to remain in business.

Chairman-Rehoboth Goshen Ventures Limited, Menson Torkornoo producer of Aquatork Natural Mineral Water, also revealed in an interview with the B&FT “we are unable to recover anything or even break-even but rather making terrible losses, and we cannot continue like that; the only way we can survive is increasing prices a little bit, and that will be very soon - this week”.

Meanwhile, the Association's President has indicated that members will be holding a press conference on Tuesday to officially inform the public of their decision, and to appeal for government to do something about the hikes in tariffs.

“We will definitely raise the prices and wait for government's response, and if it does not heed our call then we will have to adjust prices a second time to reflect the actual price we are being charged as manufacturers,” he noted.

The price of sachet water, the president said, is going to move from 20p to 30p per sachet; and if after the press conference producers do no hear a favourable response from government, there will be a further increase to about 40 or 50p per sachet.

Currently, a bag of water that contains 30 sachets is sold by retailers at â‚µ3 or â‚µ3.50 depending on the brand.

Therefore, a bag of sachet water is likely to be sold at â‚µ5 or more after the increment - because producers will then sell to retailers at between â‚µ3.50 and â‚µ4.