To The So-Called Krobo Youth: Atta-Akyea Will Not Apologize To Terrorist-Courting President Mahama 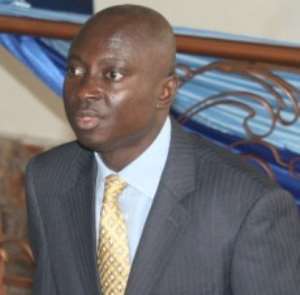 If it is true that Cousin Samuel Atta-Akyea said that the location of the proposed public University of the Environment, or whatever it is called, at Somanya, in the cultural heartland of the Krobo sub-region, was wrongheaded and that it ought to have been earmarked for Akyem-Abuakwa, then, indeed, the New Patriotic Party’s Member of Parliament for Akyem-Abuakwa South, must have overreached himself.

On the other hand, the members of the group calling itself Krobo Youth who signed the press release calling on Lawyer Atta-Akyea to offer an unqualified apology to the man whose leadership of the country has only brought untold hardship and deliberate and systematic material deprivation to the people of Akyem-Abuakwa and, indeed, Akyem-Mansa, in general, inexcusably insults the intelligence of not only the man accused of making an ethnically denigrating statement or remarks against the Krobo people, it actually sets the Krobo people on a collision course with Okyeman, an event the blame for whose likely devastating consequences must be squarely put on the doorstep of President John Dramani Mahama.

The Krobo Youth, or Organized Youth of Krobo, as they call themselves, would be making an unforgivable and irreparable mistake if they think, as clearly indicated in their press release, that they have an inviolable and an inalienable right to securing a fair share of their so-called National Cake but implicitly, somehow, the people of Okyeman have absolutely no right to their commensurately fair share of the same (See “Krobo Youth: Akyea’s University Comments Divisive” Classfmonline.com / Ghanaweb.com 1/23/16).

Indeed, the revoltingly provocative statement published by the Krobo Youth, or at least the signatories of the same, makes these youths rather appear like the ethnic supremacists and/or chauvinists of which epithet they virulently accuse Mr. Atta-Akyea. Needless to say, whatever material achievements these Krobo Youths believe Okyeman to possess which they had hitherto lacked, were not gained or achieved at the expense of the Krobo people or other longtime residents of the Eastern Region. And the establishment of the so-called University of the Environment in Somanya is among the least of the collective worries of the Akyem people.

The Krobo Youth may not know this, but it was Dr. J. B. Danquah, a bona fide scion of Okyeman, who almost singularly championed the cause for the establishment of the University of Ghana, Legon. A generation earlier, Danquah’s elder brother, Sir Osagyefo Nana Ofori-Atta, I, had equally almost singularly championed the development causes that culminated in the respective establishment of the Korle-Bu Teaching Hospital and Achimota School. Needless to say, Danquah and his associates, both of Akan descent and non-Akan-descended alike, could have agitated for the establishment of Legon on Okyeman land, which historically constitutes more than half of all the lands in the present-day Eastern Region. We could also talk about Akyem suzerainty over certain parts of the present-day Greater-Accra Region, if the Krobo Youth wanted to.

I must also promptly note that I am perfectly comfortable with the present location of the capital of the Eastern Region, formerly Accra, by the way, at New Juaben. But here, too, if the Krobo Youth want to get into the history of how New Juaben came to be located where it is presently, we could get comfortably into that too, although that would be tantamount to unnecessarily deviating from the issue and subject at hand. If the Krobo Youth want the rest of the nation and the global community to know how indescribably grateful they are to President Mahama for bringing them some well-needed development projects, what makes these same Krobo Youth believe themselves to reserve the right to impugn the equally inalienable and inviolable right of the Akyemfo to demand the same?

I personally disagree with Mr. Atta-Akyea that the proposed University of the Environment ought to have been earmarked for Akyem-Abuakwa and not Somanya or Kroboland. I personally have a couple of maternal aunts and several relatives who attended Krobo Girls’ School in Odumase and speak/spoke fluent Krobo. I also have one or two uncles who attended PRESEC when it was located at Krobo-Odumase. To be certain, the latter name is of Akan provenance, perhaps originally settled by the Akwamu people. And so historically speaking, there are not many fundamental cultural differences between Akyems and Krobos.

But, of course, if President Mahama thinks that he can cavalierly insult the intelligence of the Okyenhene and Okyeman by dubbing Kyebi-Ahenkro as the “The Galamsey Capital of Ghana,” then it goes without saying that responsible leadership demands that he help to clean up the mess that successive National Democratic Congress governments, beginning with Chairman Jerry John Rawlings, have created in Okyeman.

If, indeed, as the Krobo Youth claimed in their press release, the Krobo people and their Akyem neighbors and relatives have forged an intimate bond going back to time immemorial, then they may do well to also critically review their collective ideological suasion and voting patterns. Needless to say, there are far more Krobos who have chosen to make their homes among the Akyem people than vice-versa. And so if they are truly invested in peaceably coexisting with the Akyem people, or “Okyemfuo,” the Leopards, then the Krobo Youth had better behave like the relatives and in-laws they claim to be with the Akyem people.

Free SHS Graduates Gather To Campaign For NPP
9 minutes ago