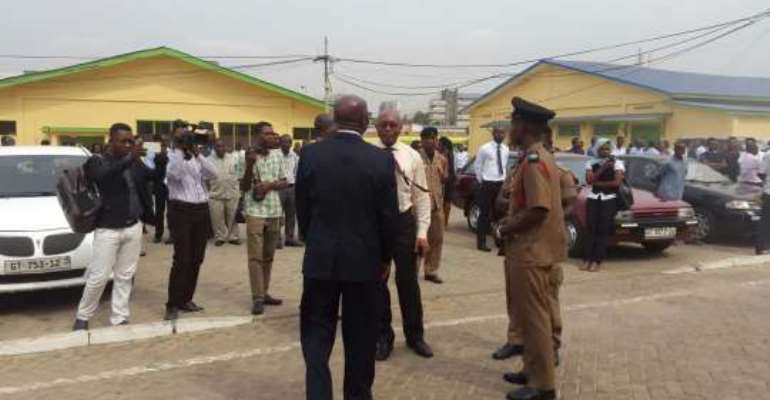 Accra, Jan. 23, GNA - The National Lottery Authority (NLA) has held a fire simulation exercise at its premises in Accra to test the responsiveness of its staff.

The exercise, which was done in collaboration with the Ghana National Fire Service (GNFS), was to test the staff reaction in the case of emergency.

Although the exercise was the first of its kind, members of the staff were caught unawares as an artificial smoke was simulated to sound fire alarms in some offices.

The smoke was first created at the second floor of the Fortune House and then the customer service centre during which the emergency alarm was sounded.

Officials of the GNFS rushed to the premises of the NLA in an attempt to put out the fire as though it was a real situation.

In the process, the main entrance and all other exit points of the NLA were locked, preventing members of the public to get access to the scene.

Brigadier-General Martin Ahiaglo, the Director-General of the NLA, at a media briefing, said the simulation formed part of their strategy to reduce casualties during fire outbreaks.

He said fire was one of the great dangers and threat to life and property at the workplace and hence the prudent need to its response.

Brigadier-General Ahiaglo said the NLA had engaged its staff in a series of training on how to handle fires professionally.

He commended the GNFS officers for their timely response but expressed displeasure at the way some staff rushed to the assembly point.

The Director-General advised the staff to respond swiftly any time the emergency alarm was sounded.

Mr Reuben Botchway, a station officer with the GNFS, demonstrated how to handle and use fire extinguishers.