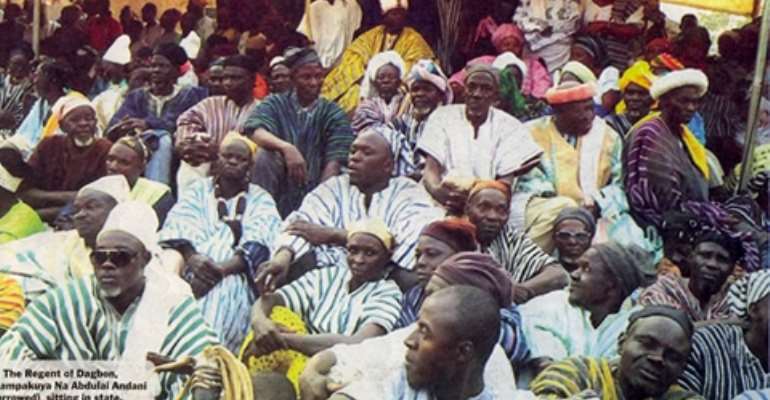 Members of the Andani Royal family in the Dagbon Chieftaincy divide in the Northern region have served notice that they will confront any violence by thier rival Abudu faction.

This comes after the Abudu faction warned it would explore all means to occupy the Gbewaa palace to perform the funeral rites of their late chief , Naa Mahamadu Abdulai next week.

The Abudus said at the press conference last week that the lack of commitment by President Mahama and the eminent chiefs to perform the funeral rites of the late chief at the palace is heightening tension among members of the family.

They gave government and the committee a deadline of January 26th to come clear on the issue.

They claimed that the head of the king makers in Dagbon, the Kuga-Naa, was not properly en-skinned.

But addressing a news Conference in Tamale Saturday, the Andani family warned the Abudu family that "they would be embarking on a suicide mission if they start a violent confrontation this time."

They debunked the claim that the Kuga-Naa was not properly enskinned.

According to Spokesperson for the Andani family, Galwei Tamalgu-Naa Mahamadu, “The late Naa Mahamadu Abdulai was not properly and legally installed as legend of Dagbon in line with Dagbon customs and traditions.”

They vowed to protect themselves from any attack from the Abudu Royal family if they show up at the palace.

The King of Dagombas and the overlord of Dagbon, Yaa Naa Yakubu Andani II was killed on March 27, 2002 when clashes broke out between the two feuding Gates of Dagbon Kingship, the Andanis and the Abudus.