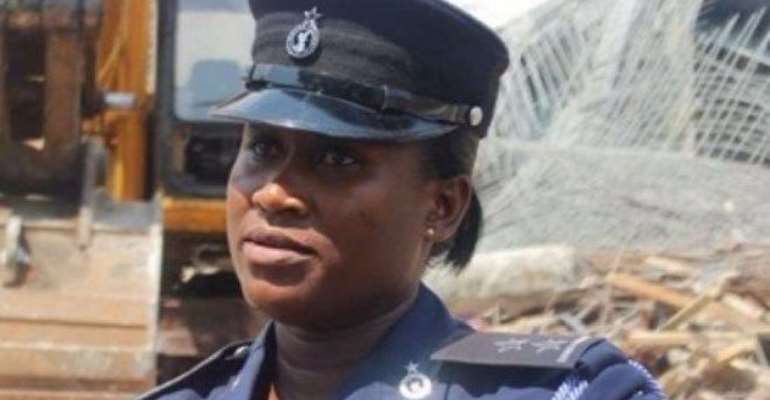 The Accra Regional Police Commander has called for the establishment of a Police Independent Compliant Commission to ensure objectivity in cases involving police officers.

The PRO for the Accra Regional Police, ASP Afia Tenge told Joy News that establishment of the commission will help in times where innocent lives are lost during Police operations.

This comes after one Sergeant Adoe shot and killed an innocent man, Isaac Adjei in while pursuing an alleged murderer, Adeshie Bagadzie.

Sergeant Adoe reportedly opened began firing after Adeshie and Isaac began to attack the police with knives, machetes and other offensive weapons.

The unfortunate incident happened at Nmai-Dzorn, a suburb of Accra at midnight on Wednesday, January 20 when the police visited the area.

But the family of Isaac Adjei claims he is innocent and did not attack the police as was put out.

“We are not happy about the information the police put on air yesterday. Isaac is not a criminal. We were sleeping when we heard gunshots,” Adolf told Joy News’ Kwetey Nartey.

The Sergeant has however been detained by the police to help in the investigations.

The family said they hope the investigation into the incident will be as independent as possible.

The Acting Inspector General of Police has directed the Criminal investigations Department to take over probe into circumstances that led to the death of Isaac Adjei.

The Greater Accra regional Police Command believes when an independent commission will help in investigation of a case as this.

“I believe that everybody will have a fair and common background to play and help give a clear picture of the incident,” ASP Afia Tenge said.

[Video] I joined #FixTheCountry demo because my Church membe...
1 minute ago