Rawlings calls for decent use of airwaves 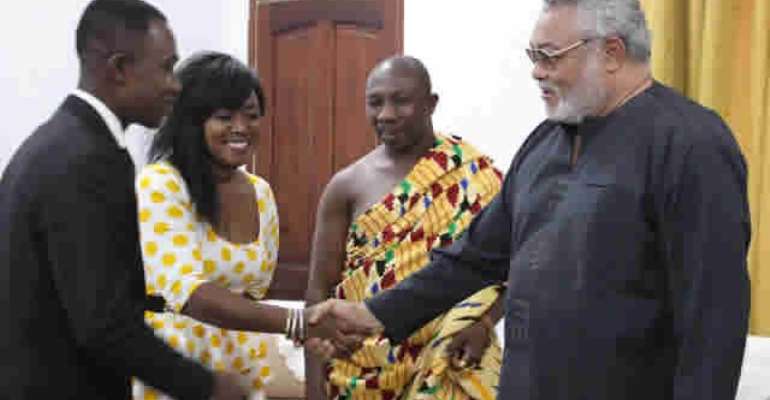 Former President, Jerry John Rawlings has in separate meetings with two traditional leaders called on them to use festivals and traditional durbars to appeal to supporters of the various political parties to comport themselves and desist from using the airwaves to cast insinuations and provocative language.

“You should use the opportunity of these festivals to admonish those who use coarse invectives and say soar and provocative things on the radio. This year being an election year people are being very sensitive and I don’t think we should be creating undue stress leading up to it,” President Rawlings said.

CORRUPTION
He also called on traditional leaders to speak up against wrongs such as corruption.

“The struggle and fight against corruption must be intensified from the top to the bottom, especially from the top. Your voices must be heard. You are the ones who see directly the plight of the people. There is no barrier between you and the people.” 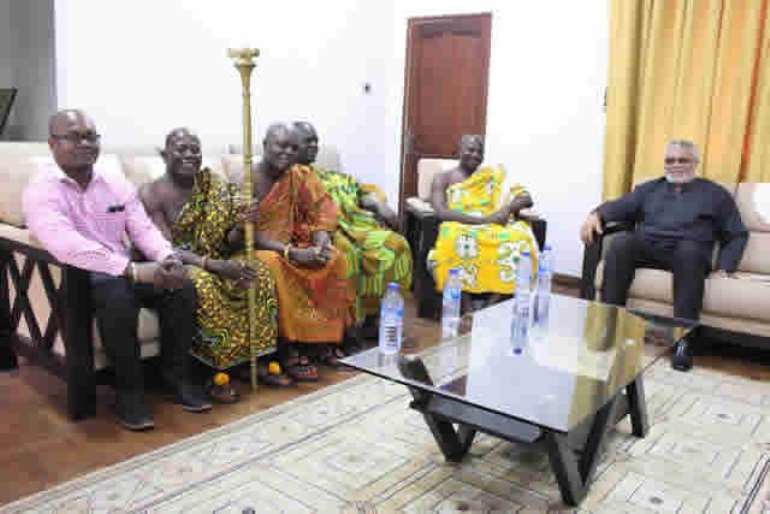 The Manwerehene of Adoagyiri and his delegation
ADOAGYIRI ODWIRA
Nana Safo Kankam who was the first to call invited the former President to the annual Odwira festival of the people of Adoagyiri. This year’s festival which will climax on Saturday February 13, 2016 is under the theme, “Education: A key to National Development”.

Odeneho Dr. Affram Brempong who invited President Rawlings to the Suma Akwantu Kese to be held on March 19,2016 expressed the gratitude of the people of Suma Ahenkro for the role he played in bringing electricity and other forms of development to their town and region. Electricity, he stated, brought a lot of opportunities to the community.

“If others are refusing to acknowledge what you did for their communities, we are,” he said.

GRATITUDE
Odeneho Brempong recalled how the first secondary school in Suma Ahenkro was established during the era of the former President and stated that the people provided one classroom which gave the opportunity for the then government to bring in equipment and other facilities and subsequently the expansion of the school infrastructure. He said in the same vein his community is putting together a structure to cater for a faculty of the University of Energy and Natural Resources.

Suma Ahenkro is a branch of the Jamankingdom with parts within Cote d’Ivoire, having been split into two during the partition of the continent. The historical links and reverence for the paramount chief based in Cote d’Ivoire have however remained intact, Nana Brempong stated.

The former President ask Nana Brempong to use the festival to also invite Jaman people from both Ghana and Cote d’Ivoire to feel free to enjoy each other’s company.

“Let’s have a peaceful co-existence. Let’s not allow the borders to restrict us to our own disadvantage,” he said.