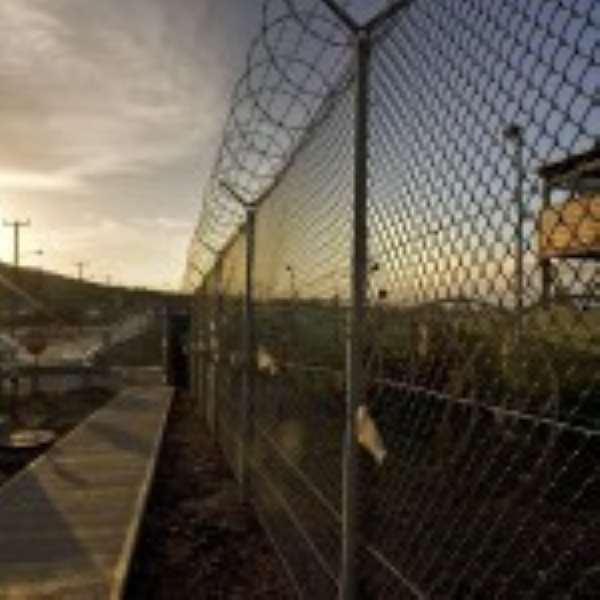 In our series of letters from African journalists, Ghanaian writer Elizabeth Ohene looks at the uproar that greeted Ghana’s decision to allow two Yemenis freed from the US jail in Guantanamo Bay to live in the West African state.

There is a general belief here that if you typed Ghana or Ghanaian into a search engine, the words that would be suggested automatically as a follow-up should be politics and football.

It is these two subjects that spark animated discussions and get the juices flowing. Even though in football, we have not won anything on the continental or world stage for a very long time, we still believe that the Black Stars, our national team, are special.

One of the inner sources of the strength that help Ghanaians survive is the fact that our national team regularly beats the national team of the United States at football.

Trying to get a visa from Ghana to the United States is one of the most humiliating experiences for Ghanaians.

Now, we discovered quite unexpectedly that defeating the US at football has even deeper implications, when news broke that our government had accepted two Yemeni ex-detainees, Khalid al-Dhuby and Mahmoud Omar Bin Atef, from Guantanamo Bay, where the US detains terror suspects, to live in Ghana.

The government has struggled to explain this decision.

We have been told the two men pose no danger whatsoever to Ghana; they were innocent 20-year-olds when they were arrested and to drive home their innocence, our president compares them to his own 20-year-old son.

We have been told that even though the two men are such thoroughly harmless and nice people, their every move will be monitored.

.
Normally taciturn officials from the US embassy are suddenly all over the radio and television trying to assure us we should all be proud of our government for bringing to Ghana men the US Senate deems too dangerous to enter their country.

When none of these interventions appeared to be calming the protests, the two thoroughly harmless and nice men were brought out to state their own case on national radio.

The pair said they do not belong to any terrorist group, and have been wrongly arrested for 14 years without any charge.

They have suffered but are not looking for revenge. They want to live in Ghana quietly and peacefully, and put their lives together.

All that did not sound very convincing to any of us here; what everybody really wanted to know was why they had been brought to Ghana – did they just pick us on the map because Ghana happens to be the physical centre of the world?

And suddenly it all comes tumbling out. They are excited to come to Ghana because of Asamoah Gyan, the captain of the Black Stars, they know him and they like him very much.

A lot of the detainees like Ghanaians very much, and during the 2010 World Cup, most of the people there in Guantanamo Bay – no, not most of them, all of them – were with Ghana and when the Black Stars beat America, they were very happy.

So now we know… beating America at football has consequences. I am afraid I don’t know what happened to our secret supporters in Guantanamo in 2014.

They obviously did not cheer loud enough that year, which must be why we lost to the US.

And for that reason alone, I think our two long-term visitors should be sent back to reorganize our supporters club in Guantanamo.