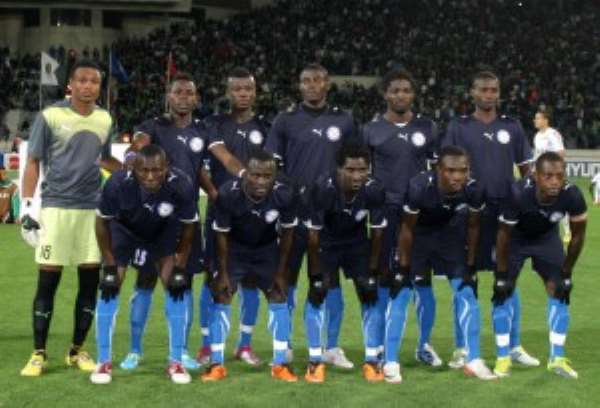 2011 Ghana Premier League Champions, Berekum Chelsea will continue their pre-season preparations when they travel to the Western Region to lock horns with Adjoafuaman FC on Sunday.

The third-tier side based in the Bia West District will welcome the the Blues at the Nana Kwabena Badu I Stadium in Adjoafua.

The Blues' coach, Solomon Odwo will use this game as a dress rehearsal to access both old and new players and further work on the team's cohesion ahead of the new campaign.

However, the host's coach, Issaka Amidu will use this game to prepare his side ahead of Western , North Zone A Second Division League slated for on March 20.

Ghana not likely to get next batch of COVID vaccines until m...
38 minutes ago