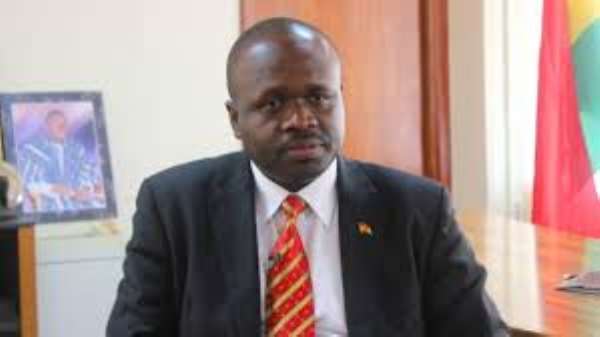 A statement issued by Dr Edward Omane Boamah, Minister of Communications and copied to the Ghana News Agency said 'Government has taken note of comments made by the flagbearer of the New Patriotic Party to the effect, that provisions in Ghana's Anti- Terrorism Act were violated by accepting to host two ex-detainees of the Guantanamo Bay Camp in Cuba'.

'In making this claim, Mr Akufo Addo made reference to Section 35 of the Anti-Terrorism Act which states that 'The Director of Immigration or an officer authorised by the Director shall not grant an endorsement or authority to permit a person to enter this country if there are reasonable grounds to suspect that the person is, will or has been involved in the commission of a terrorist act,'' it stated.

It said for the avoidance of doubt, government wishes to place on record that at all times it had acted strictly within the law.

'Any claims therefore, by Mr Akufo Addo and his assigns to the contrary are false and a complete misinterpretation of the Anti-Terrorism Act (Act 762).

'We note that Mr Akufo Addo did not provide any proof of the 'reasonable grounds' on which he claims the two ex-detainees should have been denied entry into Ghana. It would appear that he merely channelled claims in sections of the media- that an allegedly leaked 2007 report classifies the two detainees as 'terrorists',' it added.

It observed that the US ad stated that it does not comment on leaked reports.

'Furthermore, we wish to draw attention to a 2010 report of an Executive Order Task Force (EOTF) prepared on the basis of a unanimous agreement of six US government agencies which repudiates claims made in earlier reports.

'We wish to stress that the EOTF's 2010 interagency assessment supersedes any prior assessment and reflects the US Government's most comprehensive and authoritative view of each Guantanamo detainee and does not classify the two individuals as 'terrorists'.

'It is also a matter of fact that no formal process(es) has/have been used to bring charges of terrorism against the two individuals,' it said.

The statement said neither have they been found guilty of any terrorism-related offences by any court of competent jurisdiction.

'We are at a loss that Mr Akufo Addo about whom lofty claims have been made regarding the defence of human rights would today seek to set aside due process and pronounce guilt on persons who have been unjustifiably held for 14 years without charge.

'We find it incongruous that a man about whom damning claims have been made in allegedly leaked confidential diplomatic cables will today be vacuously pronouncing judgment on others on the basis of similar documents,' it said.

'If Mr Akufo Addo is held to the same standard per the claims against him in multiple leaked diplomatic cables for the determination of his suitability to contest for the highest office of the land, he would be found unworthy,' it added.

The statement said government wishes to seize this opportunity to re-iterate its earlier assurance that adequate measures have been taken to ensure the peace and security of Ghanaians even as the two individuals remain in Ghana for two years.