Last year was Earth's hottest in modern times, by far: US 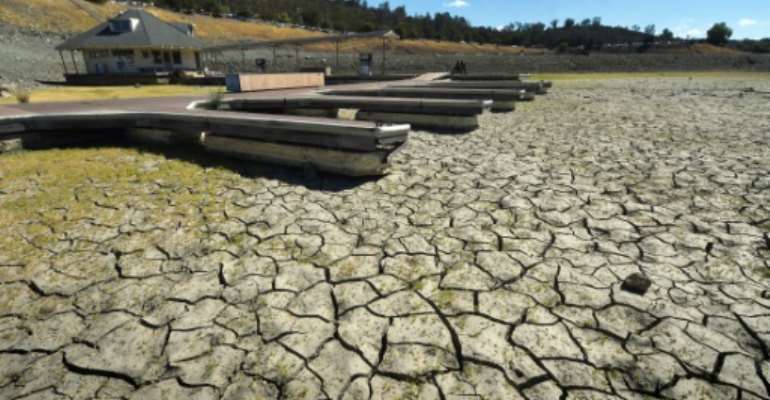 Boats sit on dry land, as Folsom Lake reservoir near Sacramento, California stands at only 18 percent capacity on September 17, 2015. By Mark Ralston (AFP/File)

Miami (AFP) - Last year was the planet's hottest in modern times by the widest margin on record, setting a troubling new milestone as the climate warms at an increasing pace, US scientists said Wednesday.

"During 2015, the average temperature across global land and ocean surfaces was 1.62 Fahrenheit (0.90 Celsius) above the 20th century average," said the report by the National Oceanic and Atmospheric Administration (NOAA).

"This is also the largest margin by which the annual global temperature record has been broken."

The report, which was confirmed by a separate analysis from NASA scientists, marks the fourth time a global temperature record has been set this century.

Even more, the latest finding adds to a steady rise in heat across land and sea surfaces that have seen records repeatedly broken over the years.

"Since 1997, which at the time was the warmest year on record, 16 of the subsequent 18 years have been warmer than that year," said the NOAA report.

The heat was felt worldwide, with unprecedented warmth covering much of Central America and the northern half of South America.

Hot temperatures were observed in parts of northern, southern and eastern Europe as well as western Asia and a large section of east-central Siberia.

Regions of eastern and southern Africa experienced more blistering heat than ever, as did large parts of the northeastern and equatorial Pacific boosted by the El Nino weather phenomenon.

Ex-I.Coast president Gbagbo warns of 'disaster' in upcoming ...
37 minutes ago