N/R Unhappy With Removal Of Minister 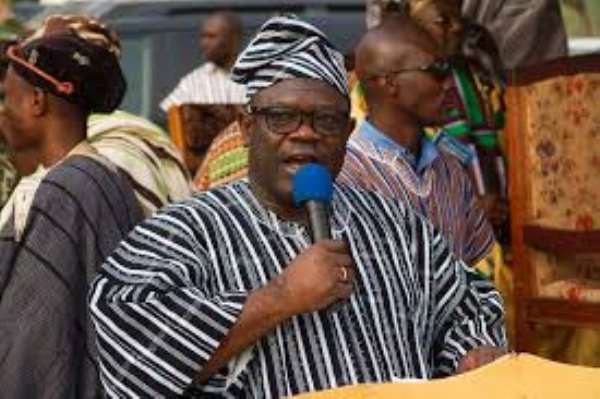 The entire Northern Region is in serious shock and disbelief over the decision by President John Dramani Mahama to move Alhaji Mohammed Muniru Limuna, the Regional Minister, to the Food and Agriculture Ministry, at this crucial moment when the region was preparing for the 2016 elections.

The region is now sharply divided over the decision, as majority of the people are faulting President John Dramani Mahama for replacing “a very competent and hardworking” Minister with a completely unknown person. Others are also commending the President for rewarding and promoting Alhaji Limuna as a Cabinet Minister.

Monitoring from the various radio stations in Tamale, some of the people during phone-ins expressed their views that the appointment of the National Democratic Congress (NDC) Parliamentary Candidate for Walewale, Abdellah Abubakari as Northern Regional Minister designate was a calculated attempt by the ruling party to brighten their chances in the Walewale Constituency in order to make the New Patriotic Party (NPP) running mate, Dr. Mahamoud Bawumia unpopular.

Some of the NPP serial callers in Tamale, including one Ibn from Moshie Zongo, Abdul Ganiyu and Abdellah Red, said the removal of Alhaji Limuna who served as a “unifier” and created a congenial working relationship with all the opposition political parties could affect the peace of the region.

According to Red, the NDC and the President did not have the people of Ghana at heart and that it was rather the President, John Dramani Mahama who ought to be reshuffled for Nana Addo Dankwa Akufo-Addo to take over the helm of affairs of this country.

According to him, NPP was not threatened by the reshuffle because it would not affect their chances of winning power in 2016. One Mutawakilu and Kanayo of NDC said that those in NDC were also not happy about the reshuffling of Alhaji Limuna because of his personal relationship with all manner of people and the number of developmental projects he had championed.

They, however, said that they respect the decision of the President, welcome the new Regional Minister and pledged their support to Abdellah Abubakari. Some traditional leaders and religious leaders who spoke to The Chronicle about their position on the reshuffling of Alhaji Limuna expressed some level of disappointment but gave President Mahama the due respect for his decision.

According to Chief Diema-Naa Mohammed Hafiz Choggu and Sheikh Aminu Bamba, Principal Imam of Al-Qudwah Mosques in Tamale in separate interviews, said that they would have asked the President to allow Alhaji Limuna to stay in the region to lead the people into election 2016, since the complexity and volatile nature of the Northern Region require people like Alhaji Limuna to be in leadership.

However, they described the new Regional Minister designate Abdellah Abubakari as another fine gentleman who was a development worker with ActionAid Ghana and also know much about the region.

Chief Diema-Naa recounted the way Alhaji Limuna created the atmosphere of peace in the region by bring on board all the leadership and supporters of the various opposition parties to participate in the National Sanitation Exercise in the region, provided the parties with cleaning tools to distribute in their strongholds and even provided over 500 crash helmets for their supporters.

According to him, the shoe size of Alhaji Limuna would definitely be far bigger for anybody who would step in. But he was confident that Mr. Abdellah Abubakari, whom he described as a “fine gentleman” would equally rise to the task.