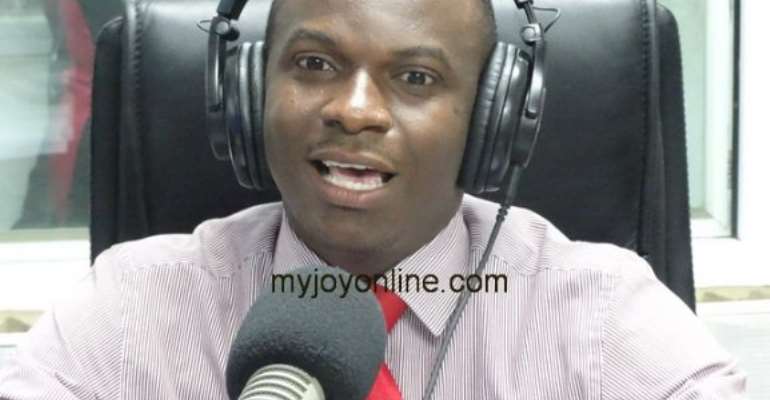 Ghanaian journalists may be failing to carry out their duty to hold political leaders accountable if they do not ask relevant, specific and pointed questions of the political leaders, a study has concluded.

The study which was based on a content analysis of questions asked by journalists during the recent press encounter with president John Mahama showed that about 42 per cent of the questions were broad and sweeping.

The Researchers, Dr Etse Sikanku & Kwaku Botwe, all of whom are lecturers at the Department of School of Communications, in their conclusion said: "Questions should be well researched and well premised in order to making them specific, biting and top-notch. Hopefully this would help journalists fulfil their mandate of holding government accountable on the specifics of national issues."

There have been mixed reactions about the quality of questions posed by journalists to president John Mahama during the recently held presidential press encounter.

While some believe the questions asked by the journalists were generally fair and relevant, others believe they could have done much better.

In what appears to be the first ever assessment of journalists after a major event like the presidential press encounter, the researchers content analysed the questions as well as the body language of the journalists when they were asking the questions.

Of the 26 questions asked by journalists from the different media houses on the day, 18 of them, representing 69.2% were deemed to be relevant.

The questions centred largely on three areas- politics, national security, economy, even though a few had something to do with health and education.

There was no question at all on agriculture, sports, a development the researchers found a bit worrying given the challenges the country is facing in the two sectors.

In terms of body language the report also found the journalists were largely civil in terms of tone and posture.

The researchers are recommending that the press conference be held at regular intervals and the format changed a little to allow for a lot of follow-ups.

The following is the full details of the report
Content Analysis of Questions asked during President Mahama’s Press Conference at the Flagstaff House.

Or Sikanku & Botwe (2016) Research Report 1
*Please do not use without citation. For further citation details, please contact corresponding author at [email protected] or 020 3295907

As a tool for political communication, press conferences are different in the sense that they are rare and unique moments for direct engagement with the president on important issues of national concern. During political campaigns and even in governance, press conferences are used to address pressing, serious and trending issues within the national psyche. As a growing democracy Ghana has often been cited as an exemplar of liberal democracy in Africa. Citizens have become political aware and involved on various levels and the news media is now an important player in national discourse. An event like this thus provided an excellent opportunity and data source to examine media performance, in terms of questions asked by journalists, in an emerging African democracy.

With this in mind, we sought to examine the nature of questions asked by journalists using several indicators: (a) the media organizations who had the chance to ask questions (b) the topical areas/sectors of national concern covered by journalists (c) relevance of the questions (d) structure or composition of questions in terms of specificity, (e) structure of question in terms of it was double-barrelled or not (d) tone of the question in terms of civility and politeness (e) follow –ups (f) the body language of journalists. This research is significant in the sense that it is the first systematic attempt to content analyse a presidential press conference in Ghana in a systematic and social scientific manner.

2.0 Conceptual and Theoretical Framework
This research was guided by the mediated deliberative theory where the process of deliberation is seen to include stakeholders such as journalists who participate in the deliberative process on behalf of citizens and the Politeness theory of political communication which holds that political discourse must be done in a way that discourages confrontation, face threatening acts and adversarial tones. This is related to the concept of civility where public discourse in a democracy is seen to be done in a civil and engaging manner. Journalism becomes a tool for empowerment and accountability through the power they have in mediating political discourse in an event such as a press conference. In this sense journalisms serves as a mechanism for citizen education and deliberation which is part of the larger framework of democratic theory.

Secondly a population was defined. In this case the population included all the questions during the press conference. The unit of analysis was the individual research questions posed by the journalists. We then constructed a coding sheet made up of categories or variables which were operationally defined and analysed. The data was then coded and analysed quantitatively using SPSS.

4.0 General Results
A total of 26 questions were asked during the press conference. Some journalists asked one question while others asked more than one. Journalists who asked two questions included the practitioners from Ghana Palava, Kasapa fm, Two Freelancers, Emefa Apau from Class fm and Samuel Abloderpey Radio Gold. Joy fm was the only radio station which had two different journalists asking questions—Kojo Yankson and Evans Mensah. Both questions were on the issue of corruption. In fact, Evans’ question was a follow up to Kojo Yankson’s question. A tabular representation is seen below:

4.1 Major Thematic Areas
Politics (n=7, 26.9%), the economy (n=7, 26.9%) and National security issues garnered the highest number of questions. This was followed by Social issues (n=2, 7.7%) while Health (n=1, 3.8%) , education (n=1, 3.8%) and energy (n=1, 3.8%) issues received the lowest amount of questions. There were no questions in other sectors such as sports and agriculture. This is noticeable considering the level of interest Ghanaians have in sports, particularly football. For the first time Ghana has failed to qualify for the CHAN 2016. Also the agricultural sector is one of the major areas of employment in Ghana yet there were no questions in this sector. This is worth noting. One explanation could be that the geographical spread of journalists present who asks questions was limited to journalists mostly within the Greater Accra region. Perhaps if journalists were selected across a wider geographic stretch spanning various regions within the country other issues specific to those areas and different sectors might have come up. Table 2 indicates the thematic areas and their percentages.

4.2 Relevance of questions
The next major issue investigated in this research project was the relevance of the questions. In all, there were 18 out of 26 questions which were relevant constituting 69.2% while 26.9% of the questions were deemed not so relevant. Relevance of issues was defined or operationalized as topical and trending issues of national concern. These were issues of public interest, debate and controversy. In other words as far as this research was concerned we limited our operationalization of relevant questions to burning, major, prominent and dominant issues of pressing national concern. These may be issues which are deemed controversial or debatable.

In order to understand this further we have to take note that one of the most significant aspects of language is its context. For questions to fall into the relevant position they should be deemed appropriate for the context and setting of a press conference. This is especially so because press conferences are deemed as singularly unique events, a rarity in political communication which demands serious attention on pressing national issues. This view is backed by literature (For instance see: Trent et al, 2011 and Bhatia, 2006.

4.4 Form of question
Questions were investigated to find out if they were follow-up questions. Only three were follow ups. This included questions from TV 3 on the Gitmo issue, Class fm on the same Gitmo issue and Joy Fm’s second question was a follow up on an initial issue. Follow ups are deemed important in clarifying issues initially raised.

4.5 Body language
Non-verbal actions are seen as forms of communication. In line with the conceptual underpinning of the research, discourse is expected to be civil, polite and respectful. This variable helped us to know whether the body language of journalists showed civility. The results are represented in the table below.

4.6 Cross tabulation for Relevance of questions and specificity

In all 12 (66.6%) out of the 18 relevant questions were found to be both relevant and specific leaving six of them to be sweeping and too broad. Thus it was possible for a question to be relevant without being specific. This indicates that though journalists may touch on a relevant issue, the non-specificity of the question may not portend well for the answers generated. This does not help journalists adequately perform their role as mediators of public discourse of holding government accountable. Though this is not a bad percentage there is still room for improvement.

Table 9: Cross tabulation for Relevance of questions and specificity

For the specific sector areas, national security had the most broad and sweeping questions. The table and graphs are indicated below.

5.0 Conclusions and recommendation.
All in all the Ghanaian media did not fair too badly though there is still room for improvement. There are several areas which if addressed could help improve the exercise. These include: (a) journalists should be selected to span the different regions of Ghana so that not just “Accra journalists” or a limited number of journalists are called upon to ask questions and (b) journalists should cover a variety of national issues and not just constrict themselves to a few issues. In addition one area that was lacking was in the specificity of questions. Questions should be well researched and well premised in order to making them specific, biting and top-notch. Hopefully this would help journalists fulfil their mandate of holding government accountable on the specifics of national issues. Also the format of the press conference should allow for follow-ups. In the absence of this journalists can serve as their own peer-reviewers by following up on questions which didn’t receive adequate responses from the president. The report also suggests that press conferences should be held regularly beyond within the year to help promote direct presidential engagement with journalists and by extension the general public. This would help improve accessibility of journalists to the president, demystify the presidency as well as promote deliberative democracy within Ghana.